New research claims small businesses in the UK aren’t taking up cloud computing as much as their European counterparts. 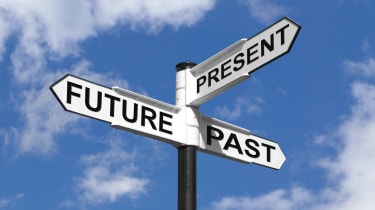 Small and medium enterprises (SMEs) based in the UK are behind the rest of Europe when it comes to adopting cloud computing.

This was the finding of a survey from VMware, which found only 48 per cent of British SMEs had begun using cloud solutions, compared to a European average of 60 per cent.

This is not the first time UK SMEs have been shown to be behind the curve when it comes to cloud. In January, a survey from PeoplePerHour.com showed 74 per cent of the smaller companies on our shores didn't use cloud computing and a worrying 43 per cent didn't even know what the term meant.

Xenios Thrasyvoulou, chief executive and founder of PeoplePerHour.com, said at the time: "UK SME owners have successfully incorporated a wide variety of technologies into their business models over the past few years. Yet this survey highlights the confusion and a possibly even a sense of scepticism that many small businesses have over cloud computing."

However, Martin Hingley of ITCandor, told IT PRO the research didn't add up and his own firm's studies had shown much more positive results in the UK.

"Our findings are that ITC [IT and Communications] spending in the UK is higher per head than almost all other countries, including the US," he said.

"Although ITC is arguably messier in the UK than that in other countries, more consumers are bringing free-to-use email, Google Apps and smart phone apps into companies and using them for work sometimes paying for use in order to get better quality service."

Hingley added: "Virtualisation and consolidation are the basis of cloud computing of course - perhaps more people are buying Microsoft and Redhat, rather than VMware solutions for their data centres."

Whether SMEs in the UK might be lagging behind in adoption or not, the smaller companies are responsible for a lot of cloud revenue. Figures from research firm IDC claimed 9.8 billion was spent on cloud technologies in 2009 set to rise to $55 billion (33 billion) by 2014 and half the figure came from SME budgets.

The most common cloud service used by the firms was storage, whilst email and office suites were the chief software programmes brought in, according to VMware's findings.