Apple iPhone tracking: Should you care?

We explore the implications of Apple, Google and Microsoft's alleged tracking of mobile users. 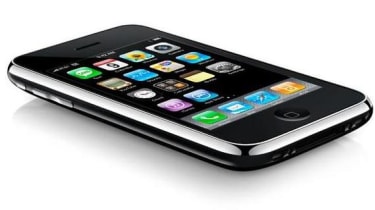 ANALYSIS Apple has come under heavy fire for the alleged tracking of iPhone and iPad users' whereabouts, since researchers suggested iOS 4 was storing location data.

Thanks to a location cache file, the researchers claimed one could feasibly track precisely where a user had been and then show it on a map once an iOS 4 device had synced with a PC.

Now, Google and Microsoft have both been accused of doing the same thing. Android phones can store information on the last 50 mobile masts and previous 200 Wi-Fi hotspots users have hooked up to, according to reports.

There have been numerous cases in recent months where tech firms have been accused of passing on user data for monetary gain.

So is this any different and should you be concerned about the implications?

If you're concerned about privacy - which all businesses and most users are - this case is going to be a big deal. As expected, major privacy bodies have jumped on the revelations and called on Apple et al to sharpen up their practices.

"It's time mobile operators came clean and told their customers exactly how their movements are being tracked and how they can permanently disable this intrusive software," Daniel Hamilton, director at the Big Brother Watch, told IT PRO.

"Location tracking has significant implications for a individual's personal privacy. Information logged by the phones could, for example, be accessed by jealous spouses or business rivals keen to know someone's location at a particular time."

There is also the argument tracking brings users benefits which make the privacy invasions worthwhile. Indeed, Apple asks users to accept tracking by both the company itself as well as its partners and licensees before location-based services can be accessed.

From manufacturers' point of view, they need this data to give users the services they want.

But, according to Hamilton, that is not the point in this case. "Clearly, if people are using GPS services such as accessing maps or restaurant-finders, it's necessary for mobile operators to determine their location," he said.

"Determining a user's location at a given point in time is different, however, to actively tracking their movements."