The Yorkshire city turns out to be the UK's only representative in Akamai's top 100 broadband speed rankings. 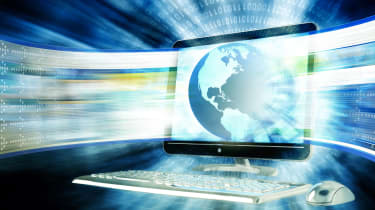 Bradford was the only location in the UK to make it into the top 100 cities for average broadband speeds.

The Yorkshire city just snuck into the Akamai fourth quarter tables released yesterday, coming in at 99th with a 6.2Mbps average speed.

Bradford was one of the first UK cities to benefit from Virgin Media's 50Mbps connections back in 2008.

The UK nudged up to 26th in the country rankings, having been 27th in the last report.

Asian cities dominated the list, with 60 Japanese and 13 South Korean cities featuring in the top 100. The entire top 11 consisted of South Korean locations.

The South Korean cities of Taegu and Taejon were at the top of the list with average connection speeds of 18.4Mbps and 17.2Mbps speeds respectively.

In Europe, the Romanian city of Constanta was named the fastest city, yet it still only ranked 56th overall.

This was still higher than any US city though, with the nation's highest entrant, California's Riverside, coming in at 77th.

Akamai's state of the internet report also looked at where web attacks were coming from, showing Russia was the top source.

The country accounted for 10 per cent of worldwide attack traffic in the fourth quarter, one place ahead of Taiwan on 7.6 per cent.

The US dropped from second to fifth in the attack rankings, which could be down to various law enforcement successes against cyber criminals in the country.

The Rustock botnet was recently shut down thanks to an operation led by Microsoft in the US.

The UK did not appear in the aforementioned list, but did feature in the top 10 rankings for attack traffic from mobile connections, coming in third with 6.2 per cent of traffic.