The mobile manufacturer admits 4,000 jobs will go, with a further 3,000 shifted over to Accenture as part of a Symbian partnership. 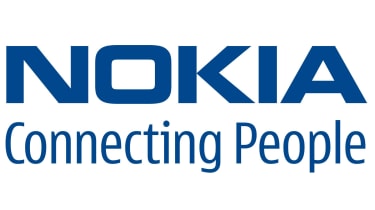 Nokia announced it will cut 4,000 jobs by the end of 2012 as it seeks to rescue itself from the "burning platform" its chief executive (CEO) warned of earlier this year.

Most of the jobs would be cut in Denmark, Finland and the UK, as part of plans to reduce operating expenses by 1 billion (886.2 million) between 2010 and 2013, the mobile giant said today.

Earlier this year, CEO Stephen Elop said the company was in dire need of saving, having seen profits decline and competitors like Google's Android and Apple's iPhone eat away at its market share.

Nokia said it could not go into further detail on how many jobs would go in the UK, or elsewhere, but the manufacturer confirmed discussions started today with employee representatives about reductions.

"At Nokia, we have new clarity around our path forward, which is focused on our leadership across smart devices, mobile phones and future disruptions," Elop said today.

"However, with this new focus, we also will face reductions in our workforce. This is a difficult reality, and we are working closely with our employees and partners to identify long-term re-employment programmes for the talented people of Nokia."

Elop said those facing the chop will be provided with a range of options, including individual re-employment support, re-training and help on making investments "to promote innovation."

Employees will be let go in a phased manner through to the end of 2012, said Nokia, yet during this time the provider will ramp up its work on developing Windows Phone 7 smartphones.

Around 3,000 Nokia employees will be shipped over to Accenture, which has taken control of Symbian software activities.

Accenture will provide Symbian-based software development and support services as part of the outsourcing agreement, which is expected to close in mid-2011.

Employees from the UK, China, Finland, India and the US will make the move across and initially work on Symbian, although Accenture and Nokia indicated these staff members will be moved onto other projects.

In a joint statement, the pair said over time they "will seek opportunities to retrain and redeploy transitioned employees."

"As we move our primary smartphone platform to Windows Phone, this transition of skilled talent to Accenture shows our commitment to provide our Symbian employees with potential new career opportunities."

Earlier this month, Nokia appeared to end Symbian as an open source platform, giving code access only to Japanese OEMs and the "relatively small community" of developers already working on the operating system.