A dual approach should be taken to the internet protocols rather than one or the other, according to a Brocade executive. 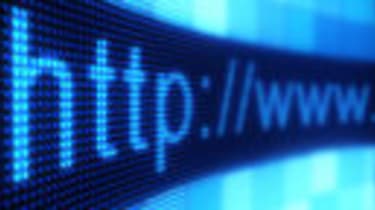 Businesses must take a two-pronged approach to moving from IPv4 and IPv6, according to a senior Brocade executive.

The drying up of IPv4 addresses back in February when the last were given out sent the technology sphere into a panic over migration to IPv6 and sparked a debate on the right approach.

Keith Stewart, director of product management at Brocade, claimed there were two polarised views of what to do. Some believed people should calm down as there were millions of IPv4 addresses left to divvy up what he called "IPv4 diehards" whereas others were keen to rush into fully adopting IPv6 and leaving the old protocol behind them so-called "IPv6 purists."

"The [end of IPv4 addresses] became a rallying cry for organisations all over the world [that] now is the time to plan and execute a migration strategy to IPv6," he said.

"We found many felt there was a lack of pragmatic point of view of how to manage that move with the IPv4 diehards and IPv6 purists but we believe there is a third path."

Stewart claimed the "two protocol world is the new reality" and companies should move over in stages. Adopting a "dual stack" approach using both protocols and migrating project by project would help ease the transition, he said.

"IPv4 diehards will say there are millions left, IPv6 purists will say we have already run out but neither [statement] is particularly helpful," he added. "We believe the exhaustion [of IPv4] is real but most organisations have time to plan their transitions."

There is an IPv6 business case which could enable more companies to use an organisation's services, according to Stewart. However, it also made economic sense to be able to handle both protocols, casting the net for new customers even wider.

Some Governments have tried to force a move to IPv6. Indeed, sVint Cerf recommended this for the UK. A move Stewart believes was wrong.

"Governments are pressing for mandates but it is not a regulatory issue," he said. "Their job is to make sure all of their citizens have access [whatever it is]."