At its annual Tech Day summit, the company unveils a number of ‘cloud optimised’ networking products under its 'CloudPlex' strategy. 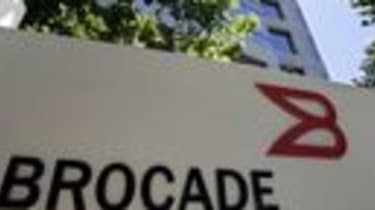 Brocade has launched a range of networking products to send customers down the road to cloud computing adoption.

Putting the routers and switches unveiled at its Technology Summit Day 2011 in San Jose under the umbrella of its new CloudPlex strategy, the networking giant claimed it was leading the way in making the cloud open and available for businesses.

During a speech at the conference, Jason Nolet, vice president of datacentre and enterprise networking at Brocade, said the growth of virtualisation and consolidation had led to more pressure on networks and bandwidth. As a result, new products were needed to address it, he claimed.

The Brocade DCX 8510 SAN Backbone houses 384 16Gbps ports, allowing for an aggregate bandwidth of 8TB something Nolet claimed was unmatched by competitors.

By changing the connection to fibre from copper, the company said it had freed up 33 per cent of slots allowing for more server and storage connections. It also includes new built-in services to encrypt and compress data, as well as a low energy consumption of 0.27 watts.

The Brocade 6510 Switch is aimed at small and medium businesses (SMBs). Coming with up to 48 16Gb fibre channel ports, companies can start as small as 24 and scale up as they grow. Brocade claims the performance of the switch has increased by 40 per cent on 10Gb Ethernet (GbE) and runs on just 0.14 watts per Gbps.

"All existing DCX chassis can be upgraded in the field and all of the new services, without having to rip and replace," added Nolet. "It's a seamless update of line cards and software at the customers discretion."

The Brocade 1860 Fabric Adapter for servers completes the line-up. Supporting fibre channel, fibre channel over Ethernet (FCoE) and Ethernet, it unites adapters, SANs and LANs under the control of one management tool, known as Brocade Network Advisor.

The new lineup will be available later this year.