We spent some one-on-one time with the top executive of the networking giant. 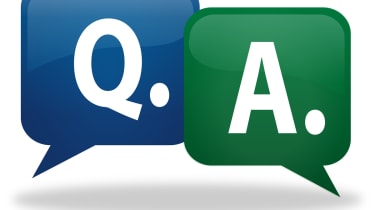 We got some time with the chief executive (CEO) of the company, Mike Klayko, to talk about the future of networking in the cloud and Brocade's plans on our side of the Atlantic.

Can you tell us how the Brocade One strategy has gone down with customers over the past year?

It is resonating very well [but] let me go back a bit. Six years ago when I started as CEO, I wrote a strategy paper and said here is what we are going to do around our current business, our adjacent markets, new markets we are going to go after, how we are going to attack them and where the channels sit. I wrote this thing as a six chapter play book and I put a strategy in place.

Once a year I stand up and talk about the strategy and I get accused of not being very good at making slides because it [has been] the same deck for the same six years. It is very consistent.

I think what Brocade One did was basically take an internal document and try to make it externally digestible.

So the things that I wrote the strategy statement were the internal document. Brocade One is the external statement and we have stayed pretty true to form.

It is interesting what a good recession will do. People are up for change.

When I talk to customers, their world is way too complex. I focus a lot on one of the four things that are part of Brocade One that will resonate with them. If it doesn't, then I usually move on because this is how we run the business.

If they go "My life is upside down and it is massively complex," I will say "Let's focus on that." If it is building a brand new datacentre, I will focus on a different attribute around thought leadership. If it is "How do I get from point a to point b whilst taking 20 per cent of my costs down?" then I will talk about investment protection.

It is a pretty good baseline of what we are but, more importantly, what we are not going to do. I think it is good and everyone in the company knows that. When an engineer designs a product we will ask if it meets the criteria of investment protection. For example if I can't connect with a Cisco box then you have eliminated 70 per cent of the market. So the answer is no, go fix it or we don't do it.

Brocade places a great deal of emphasis on openness. Why have you gone down that route?

I look at it as the heritage of Brocade. If you look at the most complex, largest datacentres in the world, we are at the heart of it, we are dead centre of it. So we have earned the reputation of building high quality, robust products to meet customer needs.

In the Ethernet world it is a little different. How do you stand apart and stand out? What we would like to do is get standards in place that anyone can write to and take the reputation of high-quality, innovative and thought leadership out of the datacentre world and bring it across the entire enterprise.

I like to compete because I have got a good reputation from that standpoint. Personally, open standards means bigger markets typically and, in the space we are in, I think it makes for more rapid adoption. There are areas that aren't open and areas where you can wait for people to adopt a standard but if they are not going to come along you go ahead.

Open makes a bigger market and I am a capitalist.

How does CloudPlex, announced this week, fit in with the Brocade One strategy?

One is a vision, one is an architecture. For example, when I go talk to customers last week I did seven cities over five days with the largest guys in the world who invest anywhere between $100 million and $6 billion a year. What they are really interested in is architectures.

We focus on two areas. What the hell is this cloud/how do you build one of these things and virtualisation. CloudPlex is the architecture to [link] from private to private and then private to public.

As you know, everyone says "I don't trust the cloud." What they are really saying is "Let's just say I move my application to you and you are Amazon and you are my best friend and then all of a sudden your service level doesn't meet my specification. What are my options? Yell at you?" There are not a lot of options.

With the ability to have a cloud IP, you can now have a service level, which is really what they are competing on. What I do is drag it over [to another company] because I don't really care about the IP and the underlying infrastructure. That is pretty compelling.

This is a framework and an architecture you are going to see. What we gave yesterday was just a little taste. Now we are actually going to have the documents, the blueprint, we are taking best practices out to customers and saying here are all your architectural considerations.

Is it not premature to give it a name as an architecture as CloudPlex seems to still be evolving?

That's a tough one. What I am saying is, if I walk [up] to you and say tell me your architectural plans for the future and you say it is evolving, I'd discount you, versus saying here is what my beliefs are. You need to put a stake in the ground.

Truth be told, everything we talked about yesterday will be coming next year. There is nothing beyond 2012. But it gets you into the discussion, people begin to build out their plans. It is pretty important from a standpoint of a need to know where you are going.

Some of your rivals have moved into broader areas, offering a number of different hardware products. Will we ever see Brocade doing that?

Never say never but it is not part of our strategic plan.

You are probably referencing Cisco and they went into a lot of different areas. I know the guys and they are very good. They were very good and very focused. To us it is an opportunity because they have lost focus. Because of [that] they have got a little fatigued. You don't just turn the cycle back on.

They lost two years out of their development cycle. So if they turn it on today, it is two years before they catch back up. It will be two years because they need to pull an ASIC out and I know how long it takes to build one of those.

I don't ever bash a competitor. They are a fine company but there are areas where they are vulnerable because they have spread themselves so thin that they have allowed folks to pick them off along the way. We happen to be one that is going to benefit from that and we haven't even started yet.

Your market share has grown, thanks in part to this, but what are your growth plans for the UK and Europe?

I had to replace a lot of people that were storage focused. So my country manager in the UK, the guy who runs Europe, all the folks over there are all brand new and out of the IP world.

Second, we hired a lot of people, boots on the ground, that are creating demand. My vision has always been to create the demand, get some success, build a channel behind it and then work it instead of expecting channel partners [to do so]. They are not going to do that.

To us it is an opportunity because they have lost focus. They have got a little fatigued. You don't just turn the cycle back on.

That is what we are doing now. We have some great successes and as that [continues] we will get channel partners to come in behind it and grow it.

Our focus in Europe is the same three major countries as everybody else, but we started with the right people.

Do you have to take a different approach dealing with UK companies compared to US firms?

I have dealt with you for a long period and I am going to continue dealing with you. It is interesting what a good recession will do. People are up for change.

If there had been no recession along the way I think there would have been a slower adoption rate in the UK and Germany because they are more conservative. It is not the case now though.

There are as many capitalists there as anywhere else, wanting the best product regardless of the vendor. We are getting invited into tenders we were never in before.