The storage giant makes a play in the server market but denies intentions to make its own boxes. 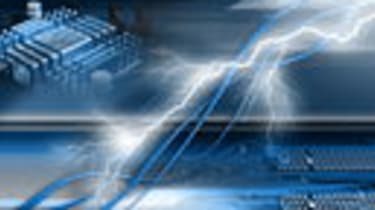 EMC has announced a further push in its solid state drive strategy with the unveiling of Project Lightning.

The new direction will see the company launch flash-based server cache modules to sit in product families from the likes of HP and IBM, acting as a cache in the server and storage in the array.

Using the PCIe standard, it aims to improve I/O and act as a more reliable route to storage than having a separate directly attached box.

The announcement at EMC World 2011, attended by IT PRO, set tongues wagging that the company might make a move into the server market with its own products, but both chief executive (CEO) Joe Tucci and chief operating officer (COO) Pat Gelsinger denied there were any plans to do so.

"We don't sell servers per se and we don't compete with HP and Dell we sell appliances," added Gelsinger. "We are not trying to compete with [commodity server vendors]."

The flash cache is not yet on the market but Gelsinger confirmed it would be launched in the second half of this year.

There is more to come, however, as the COO demonstrated moving virtual machines over from the server onto storage.

"If you can move storage onto the servers, why not the other way round?" said Gelsinger.

During a keynote speech, he brought an engineer on stage to show it was technically possible to make this transition. However, Gelsinger said this was merely a demo and there was no product in the offing at present.