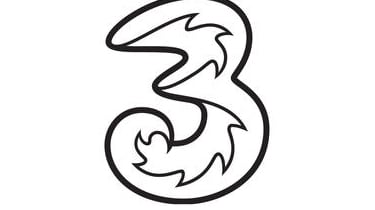 Mobile operator 3 has been named as the 3G provider for the Google Chromebook launch in the UK.

In a blog post, 3 said it could not say much about the deal other than the fact it was excited by the developments.

"3 is delighted that we've been selected as the 3G connectivity partner for the Chromebook launch in the UK. We'll have more details to share in the next few weeks so stay tuned," the provider said.

However, over at the official UK Chromebook page, Google has revealed pricing of data plans for the Samsung-made laptops.

Those Chromebooks that come with integrated 3G will get a free SIM card including 3GB of free data which can be used in the first three months after activation.

The Samsung Chromebook is due to be released on 24 June in the UK.

There has been plenty of excitement surrounding the launch of Chromebooks across the world this summer.

David McLeman, from Google partner Ancoris, said the "Chromebook marks the end of the typical desktop refresh that most organisations face every three or four years."

"Before today's announcement an organisation with 100 employees would spend 165,800 over a three year period purchasing and maintaining desktop PC's," he added.

"Google's announcement of the Chromebook at a cost of $28 per user per month for a device requiring no capital expenditure, no additional OS licencing costs, no patching and without an expensive three year refresh and OS upgrade including hardware replacements and upgrades suggests a saving of at least 50 per cent over the traditional Windows desktop."

McLeman suggested businesses could now move away from Microsoft products, partly because of Citrix and VMware partnerships with Google.

"With the inclusion of Citrix Receiver (which Citrix recently announced for the iPad), business users can be freed from the constraints of a Windows PC but access their non-web applications on a web only device,'" he added.