In his first interview with the UK press since his promotion, Adrian McDonald, who head up EMC's interests in EMEA (Europe, the Middle East and Africa) North, hints at plans for the Silicon Roundabout as well as new directions for the company. 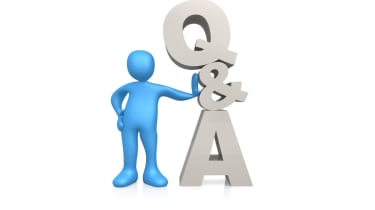 We also come from the top 100 accounts in the country, so we used to sell in the UK context just 100 accounts. Now we sell to about 20,000. It has changed the emphasis and that thing of being local in the regions to the local customers and the local partners is ever more important.

[Today's business] is almost incomparable of the business eight years ago.

In your bio, it says there was a relentless focus' on innovation when you headed up the UK. Does any of EMC's R&D actually take place here?

It does. Our core development centres are in the US and Israel. Then we have global competency centres in Russia, Brazil, India and China, so that is where the R&D per se takes place.

Then we have a number of companies which, primarily, are acquired companies. Many of [them] had, and still do have, their R&D in the UK in Oxfordshire, Buckinghamshire and places like that.

The UK is a shining star for EMC.

They key thing from an EMC perspective is our background is North America. However, to achieve our objectives for us to go from a $17 billion company to a $27 billion company our focus on international has to accelerate. We need for it to be at least 50/50, at the moment it is 56/44, so there is and will be a big focus on getting [market share in] EMEA and Asia Pacific in particular, along with Latin America.

Did EMC suffer any setbacks in the UK due to the recession?

The areas, like other people, where we would have had issues would have been public sector growth clearly. But otherwise no, we sailed on through.

With the Government pushing for an enterprise led recovery' and projects like the Silicon roundabout, are these areas EMC is looking at investing in?

Definitely. We have not de-invested in the public sector. We have continued our investment unlike many other organisations. As we become more relevant, we become more central to things like the G-Cloud and Government initiatives to drive efficiencies and add benefit to the citizen through IT and how IT operates. It has many strands to it, even down to how they outsource - which is a massive subject - and how they transform. We are absolutely intrinsic to that.