The new Samsung Galaxy S2 is an impressive smartphone, but is it enough to tempt Julian Prokaza away from his iPhone? Read on to find out. 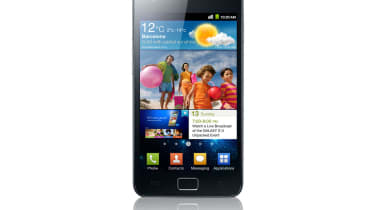 There's also a useful Kies Air app that turns the Galaxy II S into a mini server that can be accessed over a local Wi-Fi network. A Java-enabled PC web browser can then be used to manage various features and settings, such as the call and SMS logs, file system and contact list. This interface can also be used to upload music and videos, download photos and control media playback on the smartphone itself, which goes some way to make up for the lack an Android equivalent to iTunes, although the interface is nowhere near as sophisticated as Apple's application. 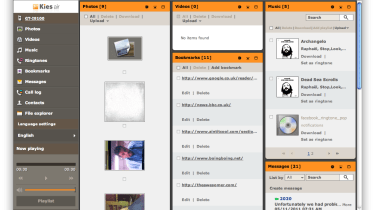 Kies Air is not meant as a mass deployment utility, but it is definitely handy for individual users in daily use. Motorola's Android phones have had a similar web interface, but Motorola's latest models have only just gained the ability to work over both USB and WiFi.

The Samsung Galaxy S II packs digital sensors for just about everything, but there's no near-field communication (NFC) chip for UK models a feature that oddly is present in the Google Nexus S which is manufactured by Samsung. The well-saturated and impressively detailed photos captured by the 8-megapixel camera are among the best we've seen from any smartphone. While we had some doubts about sound quality from the tiny rear-mounted speaker, speakerphone calls were loud and clear, even with the phone face-up on a desktop.