The European market for video conferencing breaks $518 million, rising more than 20 per cent in a year. 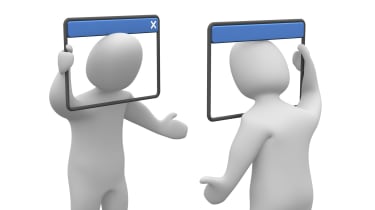 Video conferencing is experiencing a surge in popularity, according to research.

A long list of factors were given to explain the blossoming market, but, as ever, cost savings were leading the way.

"The need for companies to reduce their travel cost while maintaining communication with their workers and clients will drive the European video conferencing endpoints market," said Iwona Petruczynik, research analyst at Frost & Sullivan.

She also claimed "increasingly stringent environment policies" coming from Brussels would also raise the bar for the video conferencing industry, which offers a more environmentally friendly way of keeping in touch.

On top of the accommodation and air travel costs, as well as the cost to the environment, it also removes "lost productivity time," according to the research. Rather than losing time whilst travelling, employees can be at their desks and remain productive. It can also "enhance teamwork among an ever-more dispersed workforce," according to the report.

Despite the significant rise in market value, companies are still holding back from making large investments in video conferencing.

The report puts the reluctance down to the difficultly in establishing what the return on investment (ROI) would be when so many of the benefits are hard to quantify in cash terms. It also claimed there was a negative attitude towards replacing face to face meetings with virtual ones and this would continue to prove a hurdle to overcome.

"The misconception that video conferencing services are communication tools aimed at large enterprises is hindering its adoption among small and medium businesses (SMBs)," added Petruczynik.

"Moreover, weak infrastructure and low bandwidth, especially in Central and Eastern Europe, are having an adverse effect on the video conferencing endpoints market."

Even with these negatives, the report still predicted continued rises in revenue for video conferencing over the next few years as more enterprises incorporate the technology into their unified communications solutions and increasing numbers of SMBs get on board.

"In addition, efforts by vendors and customers in verticals like Government and healthcare to harness the power of video conferencing are leading to a wider application base. Both these factors will expand the potential target market for video conferencing systems and lead to increased adoption."