The start of 2011 has seen the whole server market improve - much to the delight of hardware vendors. 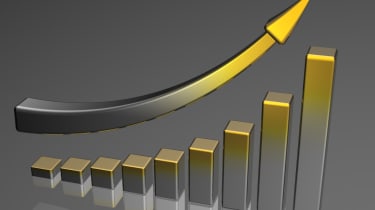 The server market has seen its fifth consecutive quarter of revenue growth, according to research from IDC.

Shipments also blossomed with a rise of 2.5 per cent to 1.9 million units. This was the second highest number of shipments ever recorded by IDC for a first quarter.

Midrange enterprise servers saw the most success, with revenues rocketing by 28.3 per cent compared to the same quarter last year. However, with high-end and volume servers both increasing revenues by 14.2 per cent and 8.7 per cent respectively, Q1 2011 was the first time in two years all three sectors grew simultaneously.

HP managed to keep hold of the top spot when it came to server sales by vendor. It held on to 31.5 per cent of market share and increased revenues by 10.8 per cent to $3.75 billion.

IBM showed the most impressive growth. The company's market share increased by 2.3 per cent to 29.2 per cent and revenues exploded, going up 22.1 per cent to almost $3.5 billion.