Microsoft has unveiled its Mango update to Windows Phone 7 and we take a sneak peek at some of its new features. 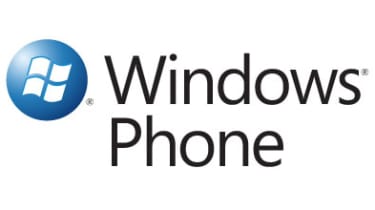 We were impressed with Windows Phone 7 (WP7) when it was first released. However, it was clear, even from day one, that the revamped operating system needed a lot of work to catch up with the other smartphone platforms. Following the earlier NoDo update which added cut and paste, Microsoft has now unveiled a major update to WP7, code-named Mango, that goes a long way to addressing many of our concerns.

The biggest new feature in Mango is the addition of multitasking. Until Mango, only a few select Microsoft apps could run simultaneously, but multitasking will soon be available to all third-party apps. Simply press and hold the phone's Back button to bring up a scrollable list of minimised thumbnails, each one representing an open app. Sadly the thumbnails don't update in realtime, as they do on the Blackberry Playbook. Neither can you swipe upwards to close an app, as with the Playbook and webOS phones.

Multitasking will soon be available to all third-party apps. Simply press and hold the phone's Back button to bring up a scrollable list of minimised thumbnails, each one representing an open app.

Microsoft has also added several new features to make communications easier. A Groups hub lets you communicate with several people using the method of your choice, such as SMS, email or IM, without having to use separate apps. All of the disparate messages from those services are then threaded together into a conversation view, making it easier to discern who said what and when. Again, these features have been available on rival smartphone operating systems, but it's good to see their inclusion in Mango. 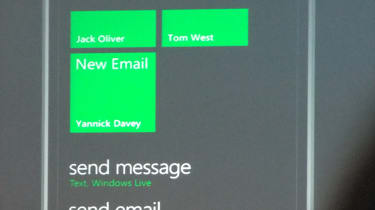 Some of the most useful enhancements have been made for heavy email users, especially Exchange users. As well as the conversation view, it's possible to have multiple unified inboxes. For example, you could combine your personal webmail accounts into one inbox and your office Exchange accounts into a separate inbox. This feature will greatly appeal to anyone who uses a single phone for both work and pleasure.