Jeremy Vincent tells us how he went from Navy engineer to luxury car CIO. 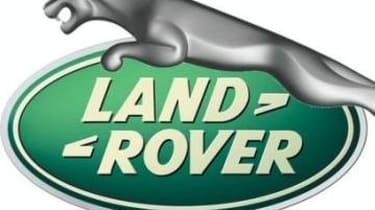 What's the most rewarding part of your job?

Having a voice at the board table - being seen as a senior executive managing the business. That means that I can contribute at other levels as well as technology - areas such as financial strategy and business strategy, for example.

To give one instance, one of my suggestions that was taken up by the company was adaptive cruise control for our vehicles. That was my suggestion and ultimately I'll have a patent in my name for the technology. That's something that's important to me.

How big a role will cloud computing play in your organisation in the next three years? What other technologies are you watching?

It's already playing a big role. We replaced Exhange with Google Apps - a true cloud solution - and have demonstrated serious costs savings. We have another cloud solution from Cornerstone, which we have branded Catalyst, that looks after employee performance management. On top of that we have deployed a global CRM solution based on Applicore technology.

I'll have a patent in my name for the technology. That's something that's important to me

We're also doing something pretty radical with security and SSO. We're doing a lot of stuff with vehicle telematics, a solution that observes vehicle dynamics in real time and diagnoses problems.

We're looking to use cloud in other ways too. For example, as a way to reduce desktop costs we're looking to use iPads so, rather than supply everyone with laptops, we can use an iPad based client emulation that allows me to replicate a secure tunnel. But we're also looking for a way for employees to bring in their own devices - Google doesn't care how their services are accessed.

What's your biggest success and your worst mistake?

I joined the company in 2008 when the sale of Jaguar and Land Rover to Tata was going ahead. We had to extract all the operating pieces from Ford and establish them with the Tata infrastructure

The process cost 200 million and took two years. Imagine what a large corporate needs - all the licence, service contracts, all the back end, all the infrastructure [we] to recreate the whole environment.

What's the most important criterion you use to make decisions that impact your business and why?

Business value to what extent can I measure the impact on business? How will it add value? Will it remove fixed costs, or will it improve products, will it allow us to sell more vehicles? These are all factors to consider.

We spoke to Jeremy Vincent ahead of the CIO Summit in Berlin, where he is one of the delegates.