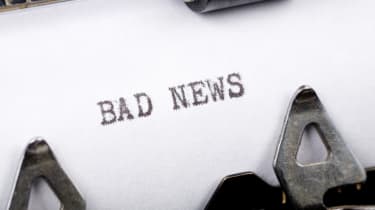 Nokia has been forced to cancel a full year outlook for financials as the coffers in-house are worse than it thought.

In a statement released to the stock exchange today, the Finnish phone giant claimed "multiple factors" had been "negatively impacting" its devices and services division in the second quarter of this year "to a greater extent than previously expected."

Nokia claimed the elements dragging it down included market trends in China and Europe, a move towards lower end devices with lower margins and different "pricing tactics" between itself and its competitors.

Although it is not providing full second quarter results until the end of July, Nokia confirmed it would fall far short of the 6.1 to 6.6 billion expectation, mostly due to lower selling prices of handsets and less volumes being shipped.

"Given the unexpected change in our outlook for the second quarter, Nokia believes it is no longer appropriate to provide annual targets for 2011," read the statement.

In an attempted consolation prize, the company added: "However, Nokia expects to continue to provide short-term quarterly forecasts in its interim reports, as well as annual targets when circumstances allow it to do so."

The company said it was taking "immediate action" to rectify the deep seated problems it faced but its overall targets namely its push to become a higher end manufacturer with the help of Microsoft's Windows Phone 7 software remained the same.

The one glimmer of light in the statement was the confirmation Nokia expected to ship its first Windows Phone 7 device before the end of the year, hoping it would boost sales significantly.

"Strategy transitions are difficult," said Stephen Elop, president and chief executive (CEO) of Nokia. "We recognise the need to deliver great mobile products, and therefore we must accelerate the pace of our transition."

"Our teams are aligned, and we have increased confidence that we will ship our first Nokia product with Windows Phone in the fourth quarter 2011."

But will it be too little to late for the increasingly struggling giant of the telecoms industry?

"The announcement should not come as a surprise," Gartner research vice president Carolina Milanesi told IT PRO. "Nokia needs to be aggressive ASAP in order to keep its products relevant in a very competitive market."

"Today's warning confirms our view that things for Nokia will get worse before they get better."