A union representing over 2,000 HP workers has threatened strike action over fears of 200 job cuts in the north. 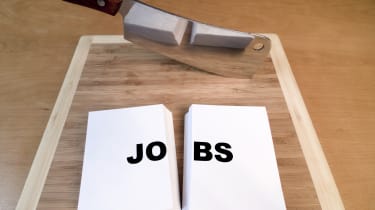 The Public and Commercial Services (PCS) union is considering strike action over fears HP is to cut 200 jobs in the north of England.

PCS said the jobs under threat are from sites in Newcastle, Sheffield and Lytham St Annes in Lancashire, where HP provides IT support to the Department for Work and Pensions.

Changes will be taking place at the sites due to HP plans to offshore work to India, although proposals will still need approval from the Cabinet Office.

PCS, which represents over 2,000 HP staff, was concerned plans were at "an advanced stage," claiming work could be outsourced to India by November.

"The Government must not allow low-paid jobs to be offshored," said PCS general secretary Mark Serwotka.

"It will be a disaster for UK workers and the tax payer, and will only ensure that Hewlett Packard's shareholders reap the benefits."

PCS said it would not rule out industrial action if jobs were lost.

HP said it was planning to offshore work but expected to find new roles within the company for those who lose their jobs.

"HP is transforming its global delivery strategy and has continued to improve the quality and cost-competitiveness of services to clients by expanding our global delivery footprint," a statement from the company read.

"We have begun consultation on the transfer of some roles to our operations in India [and] that will be effective in 2012. We are working to redeploy staff affected into other roles within HP."

HP was able to create 700 jobs in Erskine in the last year, thanks to investment from business organisation Scottish Enterprise.