We guide you through what you can expect from the latest version of the iPhone and iPad operating system... 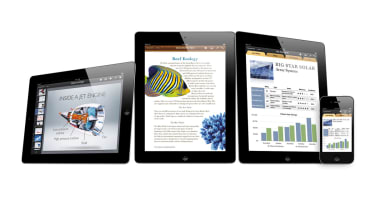 One of the most impressive features in iOS 5 is one we weren't expecting and appears seemingly insignificant at first glance. The new Reminders feature lets you essentially create to-do lists, but these can be triggered based on your location such as a reminder to buy eggs when you enter the supermarket for example. This will depend greatly on an accurate GPS fix though, as well as presumably a strong data connection for maps data. Reminders gets its own app, rather than being integrated into the existing Calendar app.

One of the most impressive features in iOS 5 is one we weren't expecting and appears seemingly insignificant at first glance.

Apple's bundled Mail app has received some much need improvements. Rich text formatting is now possible for people who must bold and italicise text in their emails. It's also possible to search the message body of emails in iOS 4 you're currently limited to searching the From, To and Subject fields.

A pair of features were highlighted by Apple as part of the Mail app, but they're so useful we'd be very surprised if third party developers weren't able to take advantage of them. iPad users can now use a split-keyboard instead of the standard keyboard - this resembles the ergonomic keyboards that some PC users will be familiar with. This should make it easier to type on the tablet when held vertically, so we doubt the split keyboard will be available to iPhone users. It's also possible to highlight a word and look up its definition using the built-in dictionary.

Last but not least S/MIME support means Mail users have access to certificate-based cryptographic services such as identification authentication and message integrity verification.