Apple has finally unveiled its consumer-focussed cloud computing service, iCloud. Is there anything to interest businesses? We take an overview of what we can expect. 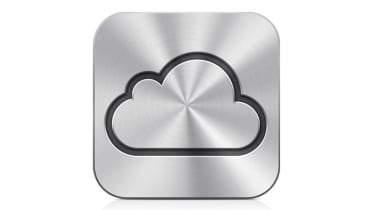 Apple isn't known for its market-leading cloud services. MobileMe, the company's last attempt, was better known for its reliability problems which CEO Steve Jobs tacitly acknowledged in his keynote introduction of iCloud. The new cloud service is still consumer-oriented and shares some of the same features as MobileMe, but there's still some items of interest for businesses.

So what is iCloud?

iCloud stores your calendars, contacts, emails, documents and photos on Apple's servers. This content is then automatically pushed to your Mac/PC and all your iOS 5 devices. If a change is made on one device, such as a new calendar entry on your iPhone 4, this new information will automatically appear on all your other devices.

5GB will be provided free for storing emails, documents and backups of your iOS device settings.

5GB will be provided free for storing emails, documents and backups of your iOS device settings. More storage will be available for a fee, the details of which have yet to be announced, but you can synchronise books and music bought from iBooks and iTunes, as well as your photos, without those files using up the free 5GB.

Emails from Apple's no-fee, ad-free me.com email service will also be synchronised as part of iCloud.

iCloud will be built into new versions of the existing iOS Mail, Calendar and the Contacts/Phone apps. Documents can be accessed using a new Documents in the Cloud app, as well as the paid-for iWork apps. It's unclear whether third-party apps will be able to access iCloud services, especially Documents in the Cloud.

Some of iCloud's features match much of what Google Apps does already, such as synchronised contacts and calendars as well as push emails. There are some features that are unique to iCloud though.

Photos and videos recorded on your iOS device, as well as texts, ringtones, iOS and app settings, will be automatically backed up to iCloud. The backup process will occur whenever the iOS device is being charged.

Photo Stream, as Apple calls it, will store your most recent 1000 photos in the cloud for 30 days. The uploads will occur automatically. Macs and PCs will store all of your photos permanently (in either iPhoto on a Mac or the Pictures folder on Windows), but on iOS devices photos will have to be moved to an album to be saved permanently.