Roxio Secure Burn Plus could help you avoid the public embarrassment of losing optical discs containing sensitive data, so should you heed that burning sensation and rush out and buy it? Read our review first. 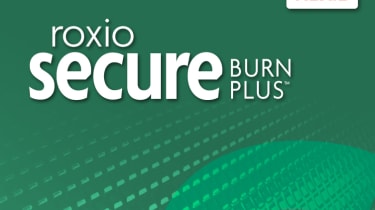 Actually burning a disc is simple. When a disc is inserted, a widget pops up from the system tray. Clicking on it opens a window listing the contents of that disc. Simple drag and drop files into the window to add them to the disc. When you're ready to write the disc, simply click the burn icon. Roxio claims the encryption meets US government standards, so it should be very secure. 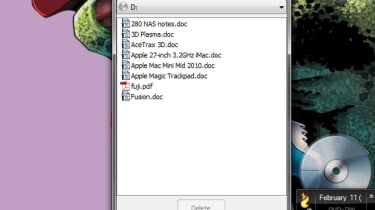 The Roxio Secure Burn Plus disc writing interface is simple

Unfortunately only Windows users can access encrypted discs a Windows-only reader program copied onto each disc during the burning process is needed to access the secured files. Files can then be opened or copied onto a hard disk or flash drive. If you don't have the right password, the file names can still be seen in Windows though which may an issue if you have descriptive file names. 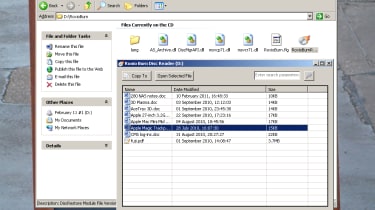 Roxio Secure Burn works well enough, but critically it makes no attempt to manage other forms of storage such as USB disks, although to be fair it doesn't claim to. Again, this is a feature of the pricier Roxio Secure Managed as well as DeviceLock 7 which can also manage other ways data could leak from your computers and network. DeviceLock is correspondingly more involved to administer and pricier, but for companies truly concerned about data loss, those are hurdles worth putting up with.

Roxio Secure Burn is easy to administer and use and it's cheap too. It'll have to be used in conjunction with other security tools to prevent other forms of data leakage though, so you might as well invest in an integrated security package such as DeviceLock instead, especially if you're managing lots of users.