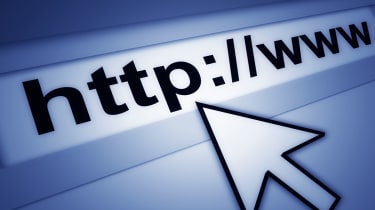 A host of tech giants, including Google and Facebook, have shown their support for World IPv6 Day, taking place today.

The event has been organised to inspire businesses of all kinds to prepare for the transition from IPv4 to IPv6 as addresses for the former format start to run out.

Businesses have been encouraged to use today as a test for the shift. In doing so, it is hoped they will learn about potential issues and how to get around them.

"IPv6 is vital because the internet's original addressing system (IPv4) has run out of free space," Facebook said in its blog post.

"Since every device on the internet relies on a unique address to communicate, we must transition to IPv6 which provides over four billion times more addresses than IPv4. IPv6 will ensure everyone (users, ISPs, governments and companies) have direct and open access to the internet."

Having conducted numerous tests itself, Facebook said it was now even more confident its site is ready for the shift to IPv6.

"We anticipate that 99.97 per cent of users will not be affected at all. The small number of users who may be affected may find that pages are slow to load and we are working to minimise the impact," Facebook added.

For the internet to continue to grow as increasing numbers of people get hold of web-enabled devices, IPv6 transition is seen as hugely important.

Yet uptake has been slow, even though people have known about the need to switch for some time.

The big issue is compatibility and tech giants have been working hard to iron out any potential problems here.

"For our part, we've been busy adding IPv6 support to services that didn't yet have it, and fixing minor issues with those that did. And since the best way to find bugs in your services is to hammer on them yourself, Google employees have been operating in World IPv6 Day mode' for several months now."

Colitti warned some users may encounter operational difficulties on some services run by those taking part in the event, including Yahoo and Bing.

"The vast majority (99.95 per cent) of people will be able to access services without interruption: either they'll connect over IPv6, or their systems will successfully fall back to IPv4. However, as with any next-generation technology, there may be teething pains," Colitti added.

"We estimate that .05 per cent of systems may fail to fall back to IPv4 This is often due to misconfigured or misbehaving home networking equipment, such as home routers, that can make a computer think it has IPv6 connectivity when in fact it's not working."