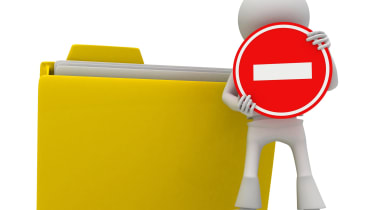 It is the biggest penalty handed out by the ICO to a single organisation since the watchdog was granted the ability to fine up to 500,000 in April 2010.

The first case from 17 May 2010 saw a member of staff working for an adult social care team sent the sensitive personal data of 241 individuals' physical and mental health to the wrong group email address.

Although the council tried to recall the email, it could not confirm the messages had been destroyed by recipients.

Furthermore, the data sent to various unauthorised parties, including taxi firms and minibus hire companies, was not encrypted or password protected.

Two further cases followed in which confidential personal data was sent to the wrong people.

"The fact that sensitive personal information relating to the health and welfare of 241 vulnerable individuals was sent to the wrong people is shocking enough. But when you take into account the two similar breaches that followed, it is clear that Surrey County Council failed to fully address the risks of sending sensitive personal data by email until it was far too late."

The council has taken steps to shore up practices, including the addition of an early warning system to alert staff when data information is being sent to an external email address.

The ICO has been called on repeatedly to show its muscle and issue more fines, so this could appease those thirsty for blood.

Read on for our look at whether ICO's approach has been effective or if companies are getting away with poor data handling.