Following an ICO investigation, two former T-Mobile workers who stole customer data have been told to pay out or face jail. 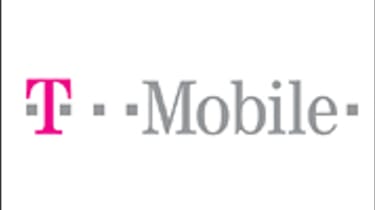 Two former T-Mobile employees who stole customer data and sold it on have been told to pay a total of 73,700.

David Turley and Darren Hame were told to pay out the fines and confiscation costs at Chester Crown Court after they pleaded guilty to breaking the Data Protection Act last year.

T-Mobile and the Information Commissioner's Office (ICO) worked with another during the investigation. They discovered names, addresses, telephone numbers and customer contract end dates were being unlawfully passed on to third parties.

Turley has been ordered to pay 45,000 in confiscation costs as well as being given a three-year conditional discharge. If he reoffends in that time, his sentence will be reviewed.

Furthermore, if the costs are not paid within six months, he will face 18 months in prison.

Hames was told to pay 28,700 in confiscation costs and 500 for prosecution costs. He was also handed an 18-month conditional discharge and told he will serve 15 months in prison if costs are not paid within six months.

Confiscation costs relate to how much the accused should pay taking into account the gains they made from illicit activities.

"Today's hearing marks the final chapter in an investigation that has exposed the criminals behind a mass illegal trade in lucrative mobile phone contract information. It also marks a new chapter of effective deterrents on data crime where the courts will act to recover the ill-gotten gains," said information commissioner Christopher Graham. "Those who have regular access to thousands of customer details may think that attempts to use it for personal gain will go undetected. But this case shows that there is always an audit trail and my office will do everything in its power to uncover it."

He was especially grateful to T-Mobile for its part in bringing the pair to justice.

"It's good to see this case concluded, and finally see these two individuals given a financial penalty," said Mark Fullbrook, UK and Ireland director at Cyber-Ark Software.

"It should send a strong message to others in similar positions that have considered abusing their privileged access."