After a juror gets in trouble for contacting a defendant over Facebook, we look at some notable social media snafus. 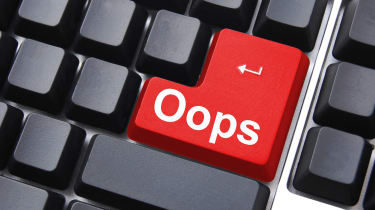 This week, we've seen a certain Facebook member getting themselves involved in a contempt of court investigation.

Both have served to highlight a point all businesses should now recognise: people post things on social networks that can damage a company.

Workers themselves should note they risk their livelihoods by putting certain content on the web. If you have a problem with your employer, either air it with them directly or be discreet.

This was a fairly controversial one when it came to a head in July last year.

Veteran Middle East editor Octavia Nasr was given the sack for saying she "respected" a late Lebanese cleric, who was believed to have inspired Shia Muslim militant group and political party Hezbollah.

Nasr admitted her tweet about Grand Ayatollah Mohammed Hussein Fadlallah was an "error of judgement."

Here was Nasr's comment: "Sad to hear of the passing of Sayyed Mohammad Hussein Fadlallah... One of Hezbollah's giants I respect a lot."

Following the tweet, Nasr had some rather wise comments, delivered via her own blog: "Reaction to my tweet was immediate, overwhelming and provides a good lesson on why 140 characters should not be used to comment on controversial or sensitive issues, especially those dealing with the Middle East."

We've all seen arguments erupt over Twitter and often comments via social media sites can have a profound real-world effect.

This was epitomised in May 2010 when the Unite union and British Airways held discussions over strike action. Unite joint leader Derek Simpson decided it would be a good idea to send tweets informing people how the talks were progressing.

"Sending out his version of events to the wider audience, that really did undermine my confidence in his desire to resolve this situation," Walsh said.

"It is a really serious issue."

Social media can be a great tool for your business, but it can undermine it too if you don't use it in the right way.

Ever had your Twitter account hijacked by a so-called friend who then posts rude messages, besmirching your good name? Well, something similar happened to Vodafone not so long ago.

In February of 2010, Vodafone had to apologise profusely and suspend a member of its staff after they logged into the UK's official Vodafone Twitter feed and posted an obscene tweet.

Even though Vodafone removed the offending message as soon as it could, the tweet got retweeted numerous times.