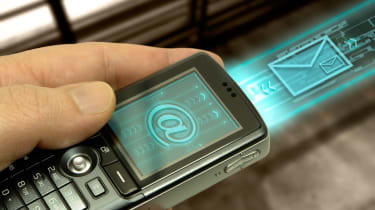 ComScore's data shows the Apple iPad as the dominant tablet force globally, forming over 89 per cent of worldwide tablet traffic. In the UK alone, the iPad is responsible for just over 21 per cent of all tablet traffic, while Android tablets make up just 0.3 per cent.

When it came to UK smartphone traffic, Android did a little better, with its devices responsible for 15 per cent. However, the iPhone still proved more popular at just a shade under 30 per cent. A further 15 per cent was made up by the rather ambiguously titled "other smartphones" including Windows Phone 7 and Nokia Symbian handsets, while 8.2 per cent of traffic activity came from "feature phones" and 8.7 per cent from Apple's iPod Touch.

In the US, tablet traffic looks similar to the UK, with the iPad also coming out ahead with 21.8 per cent to Android's 0.6 per cent. Yet Android looks much healthier in the smartphone sector, with 35.6 per cent against Apple's 23.5 per cent on iPhones.

Apple iPad traffic is highest in Canada at 33.5 per cent, with Brazil close behind at 31.8 per cent, though in the case of the latter, ComScore points out non-computer device traffic only accounts for around one per cent of total traffic. Meanwhile in Singapore, where mobile devices account for around six per cent of all traffic, the iPad's share is 26.2 per cent. Japan was revealed to have more iPhone users than any other country.

Other interesting data from the survey reveals iOS actually beats Android in the US for the amount content accessed on mobile devices, specifically via Wi-Fi connections, with Android users relying much more on mobile networks.