Can Google’s latest social networking attempt bring any benefits to the enterprise market? 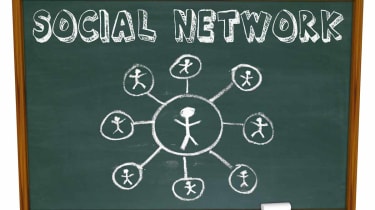 ANALYSIS: Social networking seems to have infiltrated every aspect of our lives. From browsing at home on a laptop or tablet, to updates on our smartphones even a sneaky look in the office we are addicted to the likes of Facebook and Twitter.

Something has historically been missing from this line-up. An offering from Google, arguably the biggest internet company in the world.

That all changed last week. After failures in the shape of Buzz and Wave, Google took the wraps off its social network called Google+.

Mark Zuckerberg has already signed up.

Fun perhaps, but is there a business case for the new kid on the block or is it just for out of hours?

It is only fair to say Google has made no claim that Google+ at launch is perfect for the corporate world. But surely it would be a missed opportunity not to utilise the network for enterprise use at some point in the future?

"We're starting Google+ by looking at ways to improve sharing and communication between users, but we're working quickly to provide a way for businesses to engage with their customers as well," a spokesperson told IT Pro.

"Profiles are now limited to individuals, not businesses at this time. But stay tuned. In the meantime, businesses can begin being involved in Google+ by adding a +1 button to their site."

That's just one feature to kick start the business case for Google+. What are the other existing features though and could they be utilised by firms big and small?

Smartphones have become a common way of accessing all social networks, be it through specialised apps or just on the device's browser.

Google has taken things to the next level with its own application. Yes, it performs in much the same way as others, showing you your profile, news streams and so on, but with a feature called Instant Upload, there is an added dimension.

We have all seen businesses make mistakes by not thinking before tweeting. However, this feature allows you to upload content to the cloud and, when you return to your desktop, it is there waiting for you on Google+ to either post or discard.

Undoubtedly this feature could prevent policy breaking and a PR disaster. What's more, early feedback suggests it works quite speedily too.

Hanging out with the colleagues?

There is no doubt a Hangout' has purely consumer connotations, but the idea behind it is not absurd for businesses.

Google+ users can have a group video chat, using Google Voice and Google Video, when they see everyone online a.k.a Hangout.

Video conferencing seems to finally be picking up pace in the corporate world, but think of the possibilities of having hangouts' with your customers. It could allow a company to reach out and be personable to users, rather than just limited to within your internal network.

Unfortunately for Google, Facebook is rumoured to be integrating Skype into its service later this week as a blow to Google's efforts. There is no denying Skype is more well known than Google Voice and one must feel a little sorry to have Microsoft and Facebook ganging up on the firm, but it will just need to bring its offering up to scratch to compete.

Going round in circles

The problem with the leaders in social networking is it feels a bit like you share all or nothing. Take Twitter. Yes, you can make your profile private, but when you want to make a song and dance about something, you can only tell limited friends.

This is where Google beats its competition hands down.

"Today, the connections between people increasingly happen online. Yet the subtlety and substance of real-world interactions are lost in the rigidness of our online tools." wrote Vic Gundotra, senior vice president of engineering at Google, in a blog post.

"In this basic, human way, online sharing is awkward. Even broken. And we aim to fix it."

Enter Google's Circles. This feature allows you to make groups based on your relationships. For example, a group for family, a group for friends, a group for work colleagues and so on. It is then your call which of these groups gets to see what you post.

For businesses, this could be used to market to a specific region, a level of the workforce, even just employees of one company. This could be a valuable way to bring all of your social networking tools into one place.

Taking on the big boys?

We know Google is the dominant force in search, is one of the big guns in mobile and is a rising star in the browser and operating system spaces. But can it attempt take on the likes of Twitter and Facebook, even when it comes to business?

Google seems to be covering its bases already, with Gundotra adding: "We're beginning in Field Trial, so you may find some rough edges, and the project is by invitation only. But online sharing needs a serious re-think, so it's time we got started."

Some think this is the beginning of a new age for social networking.

"It isn't so much a case of whether one is better than the other at this early stage, it's more that the advent of Google+ demonstrates that social networking is not just Facebook," said Rupert Staines, managing director of online ad network RadiumOne UK.

"Many digital sectors before it, like search for example, have seen fragmentation, albeit after many years of establishment. Google's entry to the market could well signal this process is already happening to social, despite its relative immaturity."

"Google's entry demonstrate[s] that there are more avenues than ever with which to reach consumers and advertisers need to react accordingly," he concluded.

What Google needs is the numbers. Wandering around Google+ right now feels like a network of techies and journalists, rather than a broad market. If it can secure the audience Mark Zuckerberg has already signed up then who knows what else it could do and how much the tool could benefit your business in the years to come.