Mobile payments to triple in value by 2015

Juniper Research report predicts the market for mobile payments will top $670 billion over the next four years, 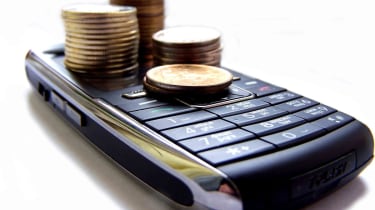 Mobile payments are expected to continue to grow in popularity, tripling in value over the next four years to reach $670 billion.

So claims a report by Juniper Research, which suggested mobile payments including goods purchases, transfers and Near Field Communications (NFC) transactions will grow massively between now and then. The market currently stands at $240 billion in 2011.

Western Europe is among the top three regions contributing to this growth and will account for 75 per cent of gross mobile payment transaction value in 2015. North America and the Far East and China will sit alongside Western Europe in making up this dominant figure.

Contactless payments, mobile ticketing and transfers will become much more the norm in both developing and developed countries, helping to fuel the growth, according to Juniper.

NFC, in particular, is expected to enjoy a boom in the next few years, with 20 countries planning on launching such services in the next 18 months. As a result, worldwide NFC transactions will near $50 billion by 2014.

"Our analysis shows that emerging segments such as physical goods payments, NFC and money transfers will fuel market growth by a factor of 2.7 times by 2015. Digital goods is the largest segment and, although forecast to more than double, it is not growing as quickly as some of the newer segments," said senior Juniper Research analyst David Snow.