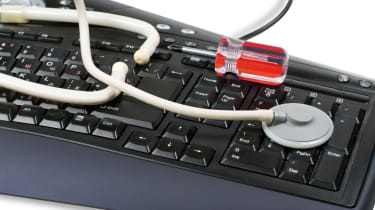 Armed forces minister Nick Harvey has called for the UK to exercise better security practices online, disregarding the need for a host of new criminal offences for illicit web activity.

Crimes on and offline are similar as they carry the same outcome and intent, Harvey said during a speech at the Govnet National Security Conference 2011 yesterday in London.

"Stealing money is stealing money regardless of whether it is done by pick pocketing or hacking," the minister said.

"So I do not agree with those who say we need a massive raft of new criminal offences relating to the internet."

He called for a commonsense approach, claiming a significant amount of cyber crime could be prevented through basic "cyber hygiene."

"Cyber hygiene needs to be applied both at home and at work because what cyberspace is doing is breaking down the barriers between someone's job and their personal life," Harvey added.

"For example, a member of the Armed Forces gossiping on MSN, posting on Facebook, or tweeting for the benefit of their family and friends needs to be aware that, because of their job, others may well be tuning in - opponents, adversaries, terrorists."

Whilst emphasising the need for greater public awareness was positive, businesses and Government should work together to find solutions, said Terry Neal, director of the SANS Institute for Europe, the Middle East and Africa (EMEA).

"At SANS, we have worked alongside the Cabinet Office and major UK cyber security employers as part of the Cyber Security Challenge UK to find the next generation of cyber security professionals to work alongside the wider public and protect our critical infrastructures," Neal said.

"The challenge is a great example of the type of strategic partnerships between Government, business, academia and citizens that Nick Harvey spoke of."