The EC wants to see roaming voice and data caps implemented across the EU. 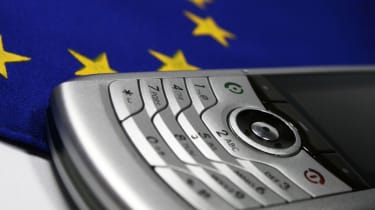 Lower voice and data roaming prices could soon be enjoyed by EU citizens thanks to fresh proposals from the European Commission.

Changes would also allow customers to sign up to a separate, cheaper mobile roaming contract for the time they are abroad, whilst keeping the same phone number.

Mobile operators would be allowed to use other operators' networks at regulated wholesale prices, which the EC believes will encourage greater competition in the roaming market.

All the changes would be enforced by 1 July 2014 if the proposals were ratified.

"This proposal tackles the root cause of the problem - the lack of competition on roaming markets - by giving customers more choice and by giving alternative operators easier access to the roaming market," said Neelie Kroes, EC vice president for the Digital Agenda.

Vodafone, whilst not willing to openly dispute the proposals, claimed price caps had not benefited competition in the past. The company said it was already offering prices cheaper than the caps.

"If an industry is competitive then it will be beneficial for customers," a Vodafone spokesperson told IT Pro.

"Roaming price caps have not encouraged competition or driven innovation in the past."