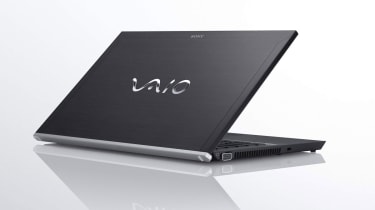 One of the most remarkable things about the Vaio Z isn't what's inside it, but what you can and can't attach to it. One of the two USB3 ports also doubles as a Light Peak connector. We're big fans of Intel's superfast interface technology and think it has a lot of potential. However Sony's combination USB3 variant differs from the Thunderbolt version of Light Peak which uses Apple's Mini DisplayPort connector.

Sony weren't able to comment on why it chose not to adopt Apple and Intel's Thunderbolt version of Light Peak.

Admittedly it is more logical to build Light Peak into an existing data transfer port rather than a monitor connector. However, this does mean that the Vaio Z won't work with upcoming Thunderbolt peripherals, at least not without an adapter - which won't be supported by Sony. This does little to help the adoption of Thunderbolt/Light Peak and make it a household name. Sony weren't able to comment on why it chose not to adopt Apple and Intel's Thunderbolt version of Light Peak. 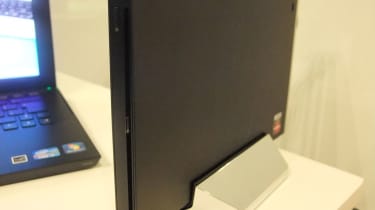 The combination USB3/Light Peak connector isn't without its uses though. What looks like a DVD writer is included in the box and connects to this port, but it's much more than a mere optical drive. It also houses a dedicated AMD Radeon HD 6650 graphics card and a port replicator with HDMI, VGA, Ethernet, USB2 and USB3 ports. All that kit requires its own external power supply so it can't be used on the go, but at least the power supply can also power the Vaio as well. Annoyingly this second power supply can't connect directly to the Vaio without the drive and the extensive, chunky cabling is cumbersome. 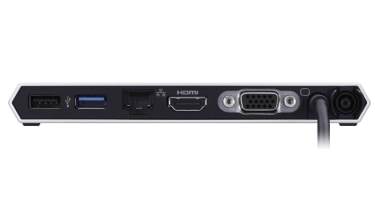 The optical drive and port replicator are undoubtedly useful, but don't expect miracles from the Radeon HD 6650. In our 3D graphics test, the standard Intel integrated chip scored 13fps while the Radeon managed a smoother 24.4fps. This is a significant improvement, but users of GPGPU-accelerated applications and gamers on the sly will have wanted even better performance. It's not all about 3D acceleration though the Radeon can also be used to connect two monitors to the Vaio while another two can be connected to the Vaio directly. Other non-Thunderbolt laptops can have just one external monitor. This alone could make the Vaio Z very attractive to users looking for an ultraportable workstation.

Using the Power Media Dock, as Sony calls it, is a bit fussy. We sometimes had to reboot the Vaio before it would recognise the Radeon graphics chip. Don't forget to press the Undock button on the Dock's cable before disconnecting not doing so can cause Windows to crash.