Tablet shipments decline yet forecast up

iPads and other tablets saw a decline in shipments in the first quarter of 2011, IDC says, but the future looks rosy nonetheless. 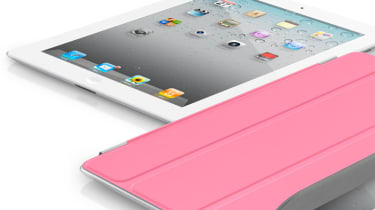 Tablet shipments to resellers dropped by 28 per cent in the first quarter, yet the future is looking bright for Apple's iPad and others.

IDC said demand for tablets might not be as prevalent as the hype would suggest, with negative aspects affecting the PC market hitting tablets too.

"Like the PC market, media tablets had a bit of a challenging quarter in Q1, as concerns about general macroeconomic issues and the post-holiday letdown took a toll on demand," said Bob O'Donnell, IDC vice president for clients and displays.

"Although media tablet sales were not as high as expected in 1Q11 due to slower consumer demand, overall economic conditions, and supply-chain constraints, we believe with the entrance of competitive new devices in second half of 2011, the market will sell close to 53 million units for the year and continue to grow long-term," said Jennifer Song, IDC research analyst.

The iPad remains the top device in the tablet market, with other vendors finding it hard to gain acceptance for their own products, the analyst firm said.

Despite Apple's dominance, however, the company won't be delighted with its shipments for the quarter, as they were "well below expectations," according to IDC.

"Some supply-chain hiccups on screens as well as the pre-release announcement of the iPad 2 several weeks before its actual availability combined to have a noticeable impact on the company's shipments for the quarter," the analyst firm said.