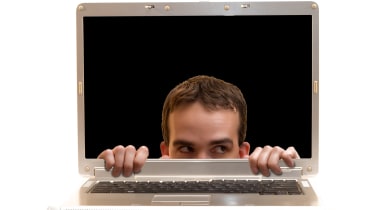 Yahoo has been called on to change its terms and conditions so it can't legally scan user emails.

The internet giant was criticised by Which?, the consumer group, which said Yahoo had introduced changes to its T&Cs so it could scan emails for data to use for advertising purposes.

Yahoo said its scanning technologies were being implemented to block spam as well as to offer relevant adverts to users.

Yahoo should abandon these changes before the crucial bond of trust between it and its users is damaged beyond repair.

Big Brother Watch director, Daniel Hamilton, said today the email provider's actions were "disappointing," calling on the company to go back on its decision.

"Web users have a right not to see their personal messages trawled through in order to boost Yahoo's advertising revenue," Hamilton told IT Pro.

"Yahoo should abandon these changes before the crucial bond of trust between it and its users is damaged beyond repair."

A Yahoo spokesperson told the BBC a box would appear asking for users' consent before any scanning ensued.

The technology will "look for keywords and links to further protect you from spam, surface photos [photos sent from friends which then won't go straight to spam] and in time, serve users with interest-based advertising," the spokesperson said.

The Information Commissioner's Office (ICO) has been in touch with Yahoo about the scanning feature, but no action will be taken for now.

"We've spoken to Yahoo about their email scanning feature. As with any business or organisation that changes the way its customer data is used, Yahoo has an obligation to be upfront with their users to make sure their information is being processed fairly," an ICO spokesperson said.

"This includes making sure they have clear and accessible privacy notices which will allow users to make informed decisions in relation to privacy and other aspects of the service."

Yahoo isn't the only provider which carries out email scanning. Google does the same with Gmail, saying it does so to filter spam and identify potentially harmful material.