Q&A: How can businesses deal with cyber stalking? 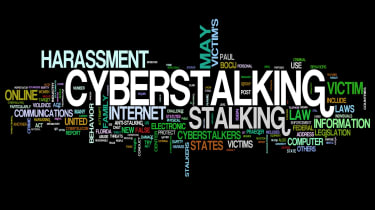 If someone starts stalking you online, you could be in for a rough time.

Cyber stalking has caused serious mental distress for many people, as noted by a new report indicating the impact on the victim's psyche can be hugely detrimental.

The research, carried out by the University of Bedfordshire, even likened the eventual trauma to experiences of sexual assault or bomb victims.

It also showed three in 10 cyber stalking victims felt let down by their service providers, so evidently more support is required.

This is where employers could help. We spoke to Professor Carsten Maple, co-director of the University of Bedfordshire's National Centre for Cyber-stalking Research, about what businesses could do to help workers affected by this worrying trend.

How bad can cyber stalking actually get?

In extreme cases, of course, it has led to fatalities and murder, but that is very, very uncommon.

There's also this measure of whether you've got Post-Traumatic Stress Disorder (PTSD).

What we can say is that when people are stalked by more than one method, maybe online and offline, they have reported similar levels of PTSD as bomb victims.

Now, we're not trying to say it's as bad, but people can have the same level of PTSD.

We live so much of our lives online now it's a real concern.

At the other end of the scale, over 45 per cent of males were concerned about loss of reputation, so you can see how it builds into the workplace environment.

Is the problem in part due to inherent flaws in modern communications technology?

Well, it's a new communications paradigm, isn't it?

With modern communications, things can be taken in the wrong way. You must have sent a text which has got you in trouble before, right?

When you're next to someone you can read body language and you just can't get that online.

Where do you draw the line between when it's just banter and when it is harassment?