As the first laptop to come pre-loaded with Chrome OS, Samsung's Series 5 Chromebook has certainly made an impression, but is it right for business? Tom Morgan and Alan Lu take an in-depth look. 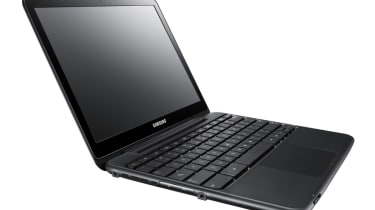 The local file browser and multimedia player will continue to function if your internet connection drops, but ScratchPad and other browser extensions won't work until the connection is restored. No web page, even web apps such as Google Docs, will work offline which makes the whole Chrome OS experience a muted one. Google has mentioned that offline access to Google Docs is in the pipeline, but no fixed date has been confirmed. 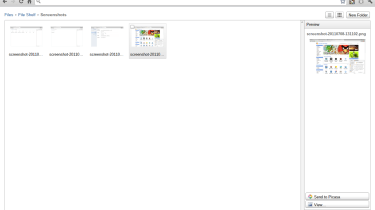 The Chrome OS file browser appears in a tab and is extremely basic. Available metadata is limited, while copying files is done using a cumbersome selection box process rather than by either drag or drop or copy and paste which would be far more intuitive.

The Chrome web store offers some extra functionality; among the most popular apps at the time of writing were Springpad, a simple note-taking app, and the Tweetdeck twitter client. However, the majority of the 'apps' available on the Chrome web store are really just simple shortcuts that don't add any extra features over the web pages they link to.

It's of course possible to simply use websites not distributed through the Chrome webstore, such as Photoshop.com and Picknik to edit photos. These were reasonably responsive, but unsurprisingly aren't as sophisticated as their desktop counterparts. Microsoft's web-based version of Office is a good alternative if Google Docs doesn't meet your needs, and there are more HTML5-powered sites that mimic desktop programs appearing all the time, but many users are sure to miss the ability to install their preferred programs, especially bespoke apps, although this also makes Chrome OS less susceptible to malware with seemingly no need for endpoint security.