PC shipments pick up a little, but tablet and smartphone sales are still proving negative forces on the market in Europe. 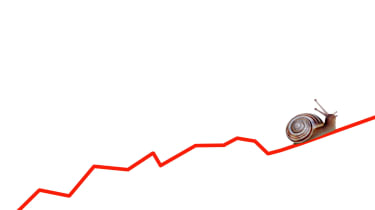 The global PC market has returned to growth, albeit just about, with shipments increasing by over two per cent, according to two analyst firms.

IDC said shipments grew 2.6 per cent in the second quarter of 2011, whilst Gartner had the figure at 2.3 per cent.

"After strong growth in shipments of consumer PCs for four years, driven by strong demand for mini-notebooks and low-priced consumer notebooks, the market is shifting to modest, but steady growth," said Mikako Kitagawa, principal analyst at Gartner.

"The slow overall growth indicates that the PC market is still in a period of adjustment, which began in the second half of 2010."

Growth should improve towards the end of the year as well, according to Jay Chou, senior research analyst with IDC's Worldwide Quarterly PC Tracker.

However, the PC market in Europe, the Middle East and Africa (EMEA) continued to contract in the second quarter, largely due to the significant adoption of tablets and smartphones in Western Europe, IDC said.

"Given the hype around media tablets such as the iPad, retailers were very conservative in placing orders for PCs," Kitagawa added.

"Instead, they wanted to secure space for media tablets. Some PC vendors had to lower their inventory through promotions, while others slimmed their product lines at retailers."

HP remained the number one vendor ahead of Dell in terms of market share. Lenovo was in third place, while Acer was awarded fourth position.