Four-fifths of knowledge workers say they don't have the technology they need to do their jobs. 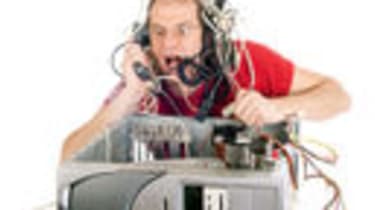 UK and Irish organisations are behind the times when it comes to providing knowledge workers with the tools they need to access information and collaborate with others, a survey has claimed.

Less than a fifth of over 200 respondents to the survey which was sponsored by networking vendor Alcatel-Lucent Enterprise said they had access to the right technology tools, and more than half said communications channels that ought to work together were poorly integrated.

Three-quarters of those surveyed added that they experienced frustration because of difficulty in reaching people and in accessing and sharing information.

Perhaps not too surprisingly, the survey also discovered that most respondents believed that more advanced technologies, and in particular unified communications (UC), would make a difference.

Most respondents said they used smartphones, and claimed access to new technologies such as video conferencing would "significantly" or "very significantly" improve their engagement and productivity.

However, the communication channels which they rated as the most efficient and effective were the old-school ones: in-person meetings and regular telephone calls.