It was a stealth attack.

It was deliberately targeted, frighteningly fast, disturbingly easy and alarming for its potential not just to bring a multi-million pound global company to its knees but also for the chaos it could have caused the company's millions of clients worldwide.

It took just two hours for hackers to access every single file on every single computer including the credit card information of every single client of a company worth 800 million pounds a year.

This wasn't Sony. And this wasn't some shady, underworld hacking ring, penetrating the company's IT security for either financial gain or glory. This hack was done from the comfort of a seaside office on England's south coast.

It was done using nothing more than a PC and an internet connection, and the men who did it were paid to do it by the very company they were hacking into.

Welcome to the world of ethical hacking: the simulation of criminal attacks on an organisation's systems, premises, or people or a combination of all three with the written legal permission of all parties involved. It's all done to determine vulnerabilities which could be exploited by an attacker with criminal intent.

In a world where companies are grappling with the IT security challenges presented by modern computing, the cloud, social networking, consumerisation and mobility and where even the most high-profile and presumably tech-savvy companies like Sony can be hacked and have their embarrassment aired for all to see ethical hackers are increasingly being seen as the professionals to turn to.

"Most successful attacks are a combination of unfortunate mistakes on the part of the victim," ethical hacker Peter Wood (below) explains.

"So in the example of RSA and in the example of Sony, it won't be one mistake. It might look like that, it might be what the press might portray, but actually it will be a cascade of mistakes that portray a systemic problem with the victim." 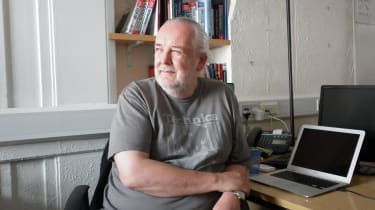