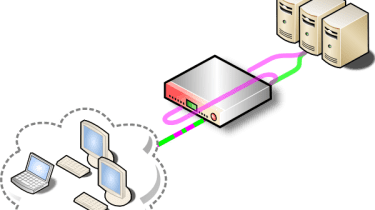 Californian network and application performance company Riverbed Technology has paid 87 million in cash to acquire Zeus Technology, a UK-based software company which specialises in technologies that help to deliver applications over the network.

Riverbed said that the two companies would form the cornerstone of its asymmetric optimisation strategy. It was already a market leader in symmetric optimisation, where its Steelhead boxes are installed at both ends of a WAN connection and speed up traffic on the line.

Before the acquisitions, Riverbed had much less to offer companies who needed to speed up the delivery of applications over the internet.

Zeus's expertise is in software-based application delivery controllers (ADCs) which it typically sells as virtual appliances, running on a broad range of hypervisors.

Its products include a load balancer that automatically routes users to the most appropriate data centre or cloud, a web application firewall, and a traffic manager which optimises and accelerates protocols such as SSL, XSLT and HTTP.

"Our goal is to have the broadest and best portfolio of performance optimisation products to solve a range of customer performance problems," said Jerry Kennelly, Riverbed's president and chief executive (CEO).

"The acquisition of Zeus is a perfect fit with that strategy. The Zeus solutions are designed for how people want to architect their applications now high-performance software for cloud environments."

Kennelly added that Zeus's software-based approach made it a better fit than traditional hardware for virtualised and cloud environments, because its virtual ADCs deploy and scale more readily, and can be integrated into an application stack.

"According to industry analysts, the virtual ADC market is expected to grow about four times faster than the traditional ADC market over the next four years," he said.

Cambridge-based Zeus - which has around 1,500 customers worldwide, compared to its new parent's 13,000 - will become a new business unit within Riverbed, and will continue to be led by Zeus CEO Jim Darragh.