Apple: Will Lion roar for business?

Inside the Enterprise: Apple continues to win market share, through the iPhone and iPad. Where does that leave Mac OS? 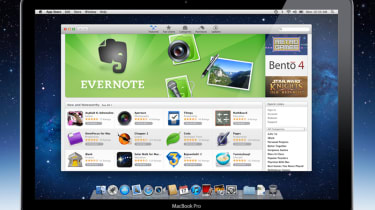 Apple's results, released earlier this week, show just how good the iPhone and iPad have been for the technology company.

Apple's profits were up 125 per cent, driven by a 142 per cent growth in iPhone sales, despite a lack of new models, and by a whopping 183 per cent increase in iPad sales.

But Mac sales look more pedestrian. Many IT vendors would sell their grandmas to see double-digit growth, but in Apple's world, a 14 per cent year on year increase in Mac shipments is merely a blip. The much-vaunted "halo effect," where iPhone or iPad users also buy a Mac to supplement their shiny new device, clearly has its limits. Or does it?

Full virtualisation would be the best way to make Lion really roar for the enterprise.

Break down the numbers and the picture is a little different. Firstly, Apple is the only large-scale computer maker to post a double-digit increase in PC sales at all. Secondly, Apple now has 11 per cent of the US computer market, putting it third behind HP and Dell, according to figures from industry analysts IDC. And this is without allowing for the iPads that are being used instead of computers, in households but also in businesses.

Apple, though, has long had a troubled relationship with IT departments. Any creative professional will testify just how hard it can be to convince IT managers to allow the use of Macs in Windows-dominated environments. And, despite the fact that the Mac OS is now quite a well-behaved client on Windows LANs, Apple sometimes does little to help its own cause.

Think of the decision to cull the Xserve Raid storage system, and then to abandon the rack-mounted Xserve itself. Even the decision to release OS10.7, or Lion, for download only is hardly going to endear Apple to IT managers who need to conserve network resources. And the jury is still out on the server features of Lion, now that server functionality is an app-store add on, rather than a separate product.

At the same time, though, more businesses are allowing their end users to choose Macs, or bring their personal Macs to work. A 14 per cent increase in Mac shipments does not come from consumers alone.

For IT departments, this means it is less a question of accommodating or tolerating Macs, but integrating them. The same applies to iOS devices such as the iPad; iOS 5, in particular, will increase the iPad's potential as a standalone alternative to the PC.

But Apple could also do more to help IT departments. One way would be a more business-friendly approach to software updates, avoiding such faux pas as deleting Final Cut Studio from its range on the release of Final Cut X, even though there are companies that might want to add seats of the current version. Another would be direct support of iSCSI, for access to shared storage.

Most of all, though, IT departments would want to see the Mac OS offering full support for virtualisation, on the desktop and on the server. There are rumours that Apple will, itself, run a virtualised version of Mac OS under VMware as part of its iCloud product. Currently, OS X can only be run under a virtual environment on Apple hardware - a significant restriction, especially in the data centre.

Allowing OS X to run as a guest on non-Apple servers, and even on the desktop under VDI, would bring enormous administrative benefits to companies using Macs and even encourage wider use of the OS. But its impact on consumers, or even business users, wanting an iMac or MacBook would surely be minimal.

Full virtualisation would be the best way to make Lion really roar for the enterprise.