The hacktivists claim to have stolen NATO data, yet there is little info on how significant any attack was. 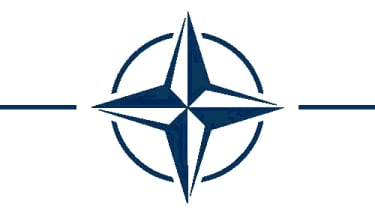 Anonymous claimed to have stolen around 1GB of data from NATO today, but has not gone into detail about how it did so or what the data contained.

The group boasted about a successful hit on NATO via its Twitter feed, with one post containing a link to a supposedly "Restricted PDF." Another link to what Anonymous claimed was a separate NATO document was posted too.

"We have lots of restricted material. With some simple injection. In the next days, wait for interesting data," the group tweeted.

"We are sitting on about one Gigabyte of data from NATO now, most of which we cannot publish as it would be irresponsible."

Reports have indicated NATO is looking into any possible intrusion by Anonymous.

The hacktivist group is currently embroiled in the News International hacking scandal, claiming it has a host of emails which it may release.

However, a Twitter post today indicated the group may not release the information acquired during a hit on The Sun newspaper earlier this week.

"We think, actually we may not release emails from The Sun, simply because it may compromise the court case," Anonymous said.

Loosely affiliated group LulzSec said it was working with media organisations on what to do with some News of the World emails.

"We're currently working with certain media outlets who have been granted exclusive access to some of the News of the World emails we have," it tweeted.

Anonymous casts its net far and wide, though. Today it also posted a joint statement online with LulzSec, directing some derogatory comments at the FBI.

The statement reiterated the groups' stance against corrupt organisations, claiming it would hit unethical bodies with "all the methods" it had at its disposal.

The post came after an FBI led operation led to 20 arrests this week in the US, UK and the Netherlands. Most of the arrests were part of investigations into Anonymous activities.

"We are not scared anymore. Your threats to arrest us are meaningless to us as you cannot arrest an idea," the joint letter read.

"Any attempt to do so will make your citizens more angry until they will roar in one gigantic choir. It is our mission to help these people and there is nothing - absolutely nothing - you can possibly do to make us stop."