Hacktivism isn't going away as Anonymous posts 8GB of data purportedly from the body running Italy's national critical IT infrastructure. 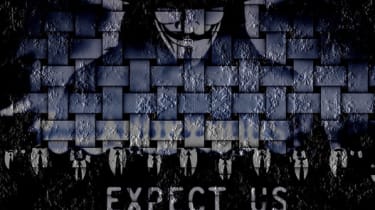 Anonymous has struck again, claiming a hit on an Italian police body, in a move thought to be in retaliation for arrests of members of the hacktivist group.

"We decided to leak everything they got since they were established as a full scale cyber taskforce named CNAIPIC," read a note from Anonymous, accompanying a release on Pastebin.com.

A post on an Anonymous Twitter feed with the handle @anonesc appeared to confirm the hack, although the owner of that microblog absolved himself or herself of responsibility.

"Received from an #Anonymous #AntiSec (haha) source," the tweet read.

"AntiSec strikes at Italy Government. Silent no more," a post from AnonymousIRC read.

David Harley, senior research fellow at ESET UK, said the UK Government should be wary of attacks from the likes of Anonymous too.

"The British Government should always be concerned about the security of its websites," Harley said.

"Even if Anonymous or its cronies aren't planning a revenge attack (and they may well be), someone is always looking for access to interesting' sites: the new wave of hacktivists and for-the-giggles attackers are going to look for sites with maximum potential for notoriety/PR/bragging rights."

A little chat with The Script Kiddies

The past week has seen a host of hacktivist efforts. One group calling itself The Script Kiddies claimed a compromise of Pfizer's Facebook page.

Over the weekend it claimed to have stolen data from retailing giant Walmart and posted it online. Walmart had not confirmed any attack at the time of publication.

"Currently our aim is to assist the #AntiSec movement, we also aim to punish corrupt companies within the United States," The Script Kiddies told IT Pro over Twitter.

"We haven't mentioned our hacking methods. But unlike some journalists have claimed, we do not simply guess passwords."

The group said almost all of its members had been part of Anonymous or are currently members.

"We've helped them with everything from HB Gary to Operation Payback," the hacktivist collective added.