How to get more out of your old PCs

Don't want to invest in expensive new hardware? Here's a guide on how to carry on using your old PCs but continue to enjoy the latest software. 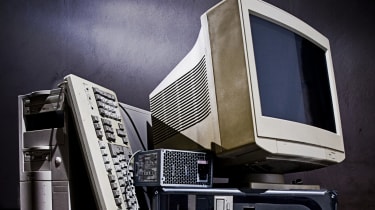 There are various ways to provide remote access to internal resources, but most require the associated applications to be installed on the user's machine.

This wouldn't be an issue if everyone used a company laptop, but it can be a problem if they access the network from a home PC. Different application versions can also cause issues; if a user saves a Word 2010 file at home, for example, they may not be able to open it in the office using Word 2003.

If a user's internet connection drops while they're saving a file, this could lead to data corruption. Also, remote access solutions such as VPNs often require software to be installed, leading to support issues with home machines.

RD Gateway resolves these problems by allowing authorised users to connect to an internal RD Session Host server from the net. The Remote Desktop Connection application is built into Windows 7, Vista and XP, and since Remote Desktop is a low-bandwidth technology it works well over most connections.

Since applications are installed and controlled internally, there won't be any issues with different application versions or problems caused by not having an application at home. What's more, with all files and processes running on the server, if the user's internet connection drops, their session can be kept alive until they reconnect, at which point they can continue where they left off.

I managed a service where users were based in many locations, but they needed access to information held in SQL databases. Having the RD Session Host servers in the same location as the database servers meant there was always a fast, reliable connection between the application and the databases. Users being able to connect from their home or usual place of work made this an extremely flexible system. This situation would apply equally well if you needed to work with another organisation and you both required access to the same database or documents.

The caveat? If you're opening access to your internal network from the internet, make sure you aren't taking any unnecessary risks. If in doubt, discuss your plans with a security expert. Hardware cost savings

We've seen that Remote Desktop Services can offer large savings in terms of the time taken for managing applications, but it can also cut hardware costs. If you have workstations that are reliable but run too slowly for your applications, RDS can help.

Buying an RD Session Host server may cost less than replacing your workstations, although you need to factor in the RDS licensing costs.

If you need a performance boost, it's likely to be cheaper to upgrade one server than upgrading all your workstations. You could even replace your workstations with thin-client devices. These can be a cost-effective way of replacing machines with the added benefit of lower power consumption and low noise and heat output.

About 10 years ago I updated a network to use Windows 2000 on all the workstations. The budget didn't quite stretch to replacing the last set of Windows 95 machines, but there was just enough to buy an RD Session Host server (or Terminal Server as it was called back then). As far as the users were concerned, they were running Windows 2000 on their machines. Installing Windows Server 2008 R2 can now achieve the same benefits for workstations that aren't capable of running Windows 7.