Q&A: How is the computer market shifting?

AMD's head of Europe talks to IT Pro about portable supercomputers, tablets and all-day battery life. 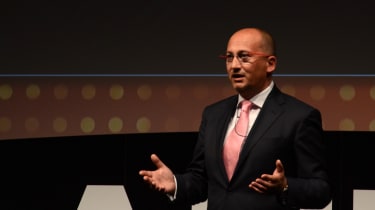 AMD, the processor and graphics chip maker, recently returned to profitability, after losses in 2010, and the loss of its CEO, earlier this year.

Much of the turnaround is being put down to a recovery in demand for business PCs, and especially laptops, and also a positive reception from computer makers for AMD's Fusion chips, which combine both a CPU and a graphics processor on one chip. And AMD is also planning to enter the fast-growing tablet marketplace.

IT Pro spoke to AMD's general manager for EMEA, Alberto Bozzo, about the prospects for the PC market, and what business users want in their PCs, servers, and tablet devices.

What are the main developments you are seeing in the computing market at the moment?

Mobility is clearly at the heart of our product development. And the server business is also fundamental. But the main trends that we are seeing are cloud computing, hosting and the consumerisation of IT. In the server market, it is about getting cost effective solutions, in high densities, for the data centre.

How much do business users care about what is inside their computer, whether it is an AMD chip or an Intel chip, whether it is one of your graphic processors or a rival's?

Business users and especially, large corporations care about standardisation. There is a cost to them of managing their installed base, so they are very prescriptive. As far as possible, they want to have a homogeneous installed base. They will tend to choose one set of components, or another. And they tend to stick with them.

You've talked about reducing the total cost of ownership of computers, why is that important?

TCO is about stability, manageability, and security. We have endorsed open standards for that like Dash 1.1 (the system management standard). We don't have any propriety standards, but keep to industry standards. On the other side, such as our A-class APUs (accelerated processing units), we have open standards for development, such as Open GL.

We're expecting to see a recovery in sales of desktop computers and laptops. What will lie behind that recovery, if it comes to pass?

Looking at the industry analyst predictions, there are areas that are going to grow faster and stronger than others. Particularly in Europe, the SME and commercial segments will be a source of growth, according to most of the analysts. Consumer is [still] the biggest total available market but in the recent past, that has slowed down in terms of absolute growth.

In terms of your customers, the device manufacturers, what are their priorities? And how are you helping them?

What we are seeing from our customers is what we are trying to put into our products. There is clearly an increased level of demand for hi-definition video, and for multimedia, whether it is for consumers, or for a commercial customer looking for telepresence and video conferencing.

The other demand is for better battery life. All day battery life, a battery that lasts for 10 or 11 hours, is extremely important now as mobility is key. People are carrying different form-factor products and it is natural for them to [want to] keep the product without charging it for at least one full day.

At the same time, there is growing demand from users for power. Some devices in the market are being used for creation, and some for data consumption. Data consumption requires the manipulation of large amounts of data and the APU again, being able to compute in parallel with 400 cores, really helps massively whilst reducing power consumption. You can have about 500 gigaflops of horsepower, to manipulate these big sets of data.

How disruptive are tablet devices proving to be? Businesses are starting to deploy tablets in numbers that even some of the analysts had not predicted.

Tablets, looking at the data of the past 12 months, have been a big phenomenon, starting with the consumer but moving into the commercial [market] too. It is a disruption of the overall IT ecosystem, but it is a positive disruption.

Is it still your view that most tablets will be bought as an additional device, rather than as a replacement for an existing computer?

We're convinced of that. There will be multiple devices, for multiple users. But what we hear from customers is that they want consistency when working with different devices. Customers want the same levels of interaction on each device, but also to be able to exchange data without having to worry about operating systems or the form factor of the device they are using.