John Suffolk joins the Chinese firm to take over security. 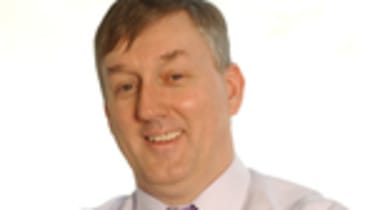 Suffolk will start his new job on 1 October, having received approval from the Advisory Committee on Business Appointments.

The former Government CIO revealed on his blog he will be in charge of "continuously developing Huawei's cyber security assurance strategy and system and managing and supervising its implementation."

"My role will be to ensure that our cyber security assurance system integrates end-to-end cyber security into solutions covering our cloud computing solutions, pipes/ telecommunications and all devices from mobile broadband to PDA's where appropriate, the customer-oriented business processes and the whole ICT supply chain," Suffolk said.

Suffolk, who announced he would be leaving his Government position last year, was replaced by Joe Harley as Government CIO earlier this year.

"Having spent seven years in Government with the last 5 as the UK Government CIO and CISO, security was a core part of my thinking, planning and execution," Suffolk added.

"We all accept that as technology becomes more pervasive and we become more reliant on technology we need to come together globally to address the challenges and threats posed by those who would wish to exploit any vulnerability in the technology."

Earlier this year, Huawei bid to supply the London Underground with a mobile network, which was due to be installed in time for next year's Olympics. Plans for the project have been ditched for the time being.

In the past, concerns about Huawei's links to the Chinese People Liberation Army have been raised. With an ex-UK Government man in charge of security at the firm, fears about any suspicious activity could be allayed.

UPDATED: The Cabinet Office got in touch with IT Pro today to clarify what some of the "unprecedented" conditions were that Suffolk has been forced to agree with in moving to Huawei.

The Government will still be able to buy Huawei services, but Suffolk can have no part in deals over the next two years.