Mary Branscombe compares the enterprise versions of both and her conclusions may surprise you... 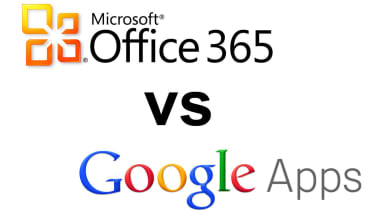 The Google Apps dashboard repeatedly told us that there might be a problem with an unspecified Google Apps service; whenever we clicked through to the dashboard all the services showed as having no issues, but seeing the warning virtually all the time was concerning. Office 365 has a similar service health dashboard; neither service had any major outages or failures while we were testing them, but Office 365 didn't keep warning us of non-existent problems. 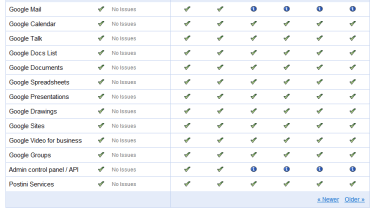 Despite frequent warnings about a problem, Google Apps didn't record any disruptions to the service.

Google Apps has no planned downtime; Office365 does schedule maintenance when usage is likely to be low for example Lync might be unavailable for five minutes at 1am on a Saturday morning and dates and times are listed five days in advance in the support area.

Support is definitely better with Office 365. Support is requested using the admin console and your requests are managed there, but 24-7 phone support is also available with response times from 15 minutes to four hours depending on the severity. 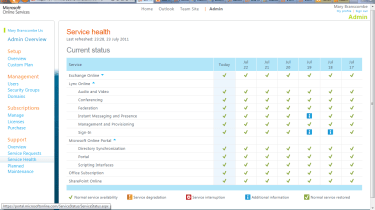 Issues with Office 365 can be broken down by exactly which part of the service is affected.

Google Apps also has 24-7 phone support but only for critical problems that involve more than half your users and affect the Google Apps Web services. If the problem was with mobile emails you'd be stuck with email support, which doesn't cover weekends.

Winner: Office 365, but only just. It's tough to judge how reliable a cloud service is, but Microsoft's technical support has better availability which is reassuring.