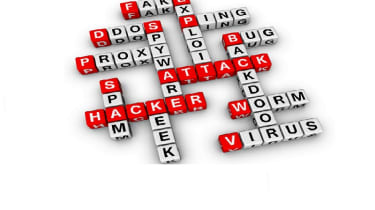 Microsoft late yesterday released summaries of 13 bulletins it said would address security flaws across a number of systems as part of its monthly patching cycle.

While nine of the bulletins in the advanced notification

were rated "important" in terms of their threat level and two were rated as "moderate," Microsoft reserved its highest,"critical" threat level for two flaws it said could be used to compromise its browser and server products.

The first critical bulletin affects Internet Explorer(IE) versions 6 to 9 running on Windows 7, Vista, XP, 2008 and 2003 operating systems (OSs). The Microsoft notice said the IE vulnerability it could enable remote code execution for attackers to take control of these systems.

The remaining 11 bulletins deal with otherremote code execution vulnerabilities, as well as those that enable elevation of administrative privileges, denial-of-service attacks, and threats to information disclosure.

Of these, Kandek highlighted another remote code execution flaw rated important, affecting Windows 7 and Windows 2008 OSs. As this third bulletin only affects Microsoft's latest OSs, he said it could be could be a little difficult to exploit in comparison to the other two critical flaws.

Kandek advised that his firm had seen other Visio vulnerabilities fairly recently. He recommended: "Include the software in your regular patching cycle and/or have users not using that software remove it from their systems," he said.

This August Patch Tuesday almost halves the number of flaws administrators will have to deal with compared to last month.