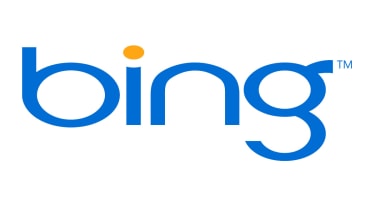 The latest analysis of search engine and social network use in the UK found July was a good month for Microsoft.

This growth also means Bing regains the second place it lost on its second birthday only last month to Yahoo! for the first time this year, accounting for 3.84 per cent of share of all UK Internet searches during the month, according to figures published by Experian Hitwise today.

The data intelligence firm said Microsoft was, in fact, the only firm to have achieved "notable growth" in the search market during July and mostly at the expense of Google.

Robin Goad, Experian Hitwise research director, stated: "The gains made by Microsoft sites this month are almost exactly equal to the losses suffered by Google, which means that some of the searches that were being conducted on Google engines last month are now being typed into Bing."

He said it was important for brands to understand where people were searching for products and, crucially, how rankings, paid rates and search success rates vary across the competitive search engine market.

"The key for Bing now is to hold on to its gains in the search market and build on its strengths which differentiate it from Google and the other engines," Goad added.

Despite the gains made by Microsoft, and even Yahoo! (which grew its July market share by 0.3 per cent), they were minor in comparison to Google's ongoing dominance.

Even though its share of searches declined by 0.98 per cent in July and 0.56 per cent year-on-year, it still accounted for over 91 per cent on searches conducted by UK Internet users.

The social network analysis revealed Facebook's dominance of the UK social market dipped to its lowest level since October 2009, when the network accounted for 50.5 per cent of all visits to the category.

The July Hitwise figures found the social network suffered a significant loss of market share this month, dropping from 53.7 to 50.1 per cent of all UK Internet visits to social networks.

By contrast, YouTube continued to be the fastest moving social network for the fifth consecutive month. One in every 35 visits to a website by UK Internet users now goes to YouTube, and the video site now accounts for 22.54% of all visits to social networks its highest market share of the UK social landscape recorded to date.

Goad added: "The growth of YouTube over the last year has been outstanding. Now firmly entrenched as the UK's third most visited website after Google UK and Facebook, YouTube's growth has come from usage on mobile devices."

One in 20 visits to YouTube now comes from a mobile device used on a home Wi-Fi network, he said.