Ipswitch may not be well known, but its WhatsUp Gold network management program is loyally used by some seriously big organisations. Karl Wright looks at the latest version to see if this devotion is justified. 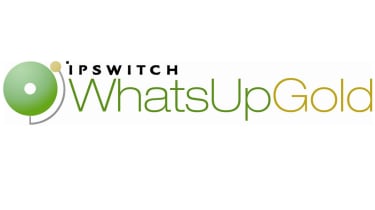 The Flow Monitor has also been improved in version 15. Thanks to a new configuration wizard it's easier to set up. It now automatically detects packets of the relevant protocols (NetFlow, sFlow, J-Flow and IPFIX). The sending devices are logged as sources and their output monitored and logged. The software then feeds the data gathered into a number of reports and graphs.

Frustratingly, though, we found some of the reports difficult to view in the browser.

Other reports can be accessed directly from the main dashboard. Simply add the desired report to the dashboard and use the "Configuration" option from the report's menu to specify exactly what variables you want it to log. Pre-defined reports include CPU utilisation, disk utilisation and so on, either for specific devices or groups of the devices as well as a wide range of other templates. You can also monitor clients in real time, using the Web Task Manager and Web Performance Monitor, among other tools.

Frustratingly, though, we found some of the reports difficult to view in the browser with pop-ups appearing in oddly sized windows that were difficult to work with. It's a small thing, but irksome. Customising the SNMP counters that the performance monitor follows can also be a time-consuming task, as it involves browsing to the objects in the MIB database. It would have been handy if there had been some more graphical, intuitive way of customising the tool. Adding WMI monitors was much easier.

WUG's web interface has had a makeover. Modular and easily configurable, it now comes with a handy mouse-over pop-up for each device. This tells you the current status of the device in question and summarizes the results of the relevant performance monitors. So it's easy to see, quickly and at a glance, exactly what the device's status is. To view the results of the monitoring, simply select a device in the web interface and either hover your mouse cursor over it or, for a fuller report, double-click it.

WhatsUp Gold is comprehensive, has a slick new interface on the web console and is generally easy to use. At times the web interface can be a bit flaky, but otherwise we like it.