England countryside to get £294 million for broadband

The Government has revealed where its £530 million BDUK fund for broadband development in remote areas will go. 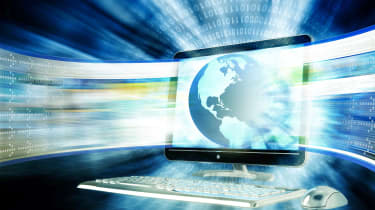 Remote areas of England are set to benefit from 294 million of Government investment in broadband.

Devon and Somerset will get the greatest slice of the overall 363 million allocation, taking 31.3 million.

The money comes from the Government's 530 million Broadband Delivery UK (BDUK) pot, announced by Chancellor of the Exchequer George Osborne to improve communications in remote areas.

Yesterday, the Government pledged 4.4 million of the fund to Northern Ireland. Earlier this year, Wales was allocated 56.9 million.

"I am absolutely determined that the UK will have the best superfast broadband network in Europe by 2015 one that we all benefit from. Fast broadband is absolutely vital to our economic growth, to delivering public services effectively, and to conducting our everyday lives," Hunt said.

"But some areas of the UK are missing out, with many rural and hard-to-reach communities suffering painfully slow internet connections or no coverage at all. We are not prepared to let some parts of our country get left behind in the digital age."

The Government wants to have 90 per cent of homes and businesses able to access superfast broadband of speeds 24Mbps or greater by 2015. It also wants everyone in the UK to have access to at least 2Mbps by that time.

Dominique Lazanski, head of digital policy at the TaxPayers' Alliance, said there was actually no need for the Government to use tax payers money for the broadband rollout.

"If the Government reduced or eliminated broadband fibre tax, allowed for the reuse of infrastructure like ducts and poles already in place for other utilities, and opened up the spectrum auction we would have no need for taxpayer funded rural broadband," Lazanski said.

"In effect, the government is picking winners in an industry that could and should be entirely funded by private investment and companies."

Earlier this week, every home in Cambridgeshire was promised a high-speed broadband connection in the next four years.

The project will cost 70 million, with the county council pledging 20 million and the Government offering 8 million. The council wants the private sector to make up the extra 42 million, according to the BBC.

The private sector has already committed to bringing superfast connections to two-thirds of the UK. BT has repeatedly called on the public sector to help fund next generation broadband in the final third.