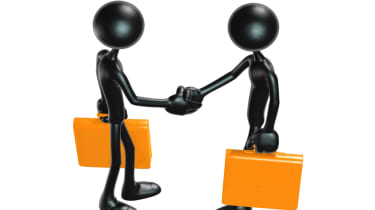 It's undoubtedly a bold, brassy move from Google, but one that's already got many in the industry just a little bit nervous.

Maybe this is it, though: "Our acquisition of Motorola will increase competition by strengthening Google's patent portfolio", notes Page, which seems to hint that part of the reasoning here is to head off those potential legal threats the firm is facing. Motorola Mobility has over 24,000 patents (granted and pending combined), which transfer to Google when the deal is done, assuming that regularity authorities don't poke their noses in. Is that what this is really about?

It's undoubtedly a bold, brassy move from Google, but one that's already got many in the industry just a little bit nervous.

Whatever the ultimate motivation for it, perhaps the immediate problem that Google is facing is to assure its partners, and the market as a whole, that the goalposts haven't been moved where Android is concerned.

Even if it manages that in the short term, though, it's hard to shake the feeling longer term that Google may have seeded doubts in the minds of company executives who could, further down the road, be pivotal to the ongoing success of Android.

It's a deal that may yet prove to be another stroke of Google genius. But it seems the risks are far higher here than they may first appear.